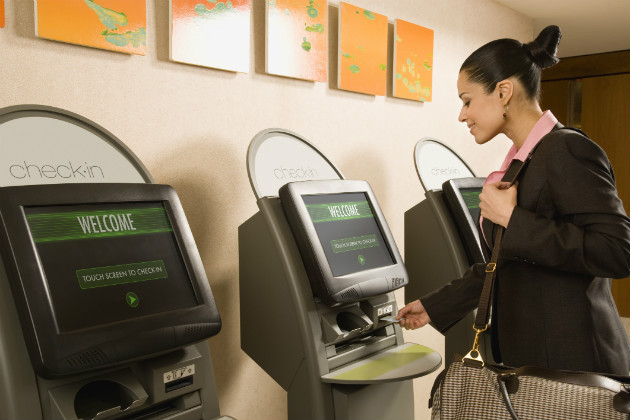 Can machines work as well as real human beings in delivering impeccable service? If so, will machines eventually replace human beings at work in the service industry?

I had thought about those questions back in 2014 when I discussed the concept of the robotic butler ("Bolter") in hotels. But, at that time, I was unable to provide a definite answer. Today, I can finally assert with more confidence that a new era where machines serving people has arrived.

Machines are taking over more and more service jobs that used to be performed by real human beings. Machines serving people is no longer a fictitious concept; it is the new reality. Here are some examples:

In the restaurant industry

A restaurant with no hosts, no waiters and no tables

A startup in San Francisco called Eatsa launched this concept in 2015. According to the company's website, Eatsa currently have seven locations in Washington, D.C., New York and the Bay Area. Eatsa only hires three people in each restaurant, and they work in the back to prepare food from scratch.

A customer can place orders on the iPad located inside the restaurant and pay with a credit card. Then, the customer's name will show up on a list of orders on a big screen. Underneath the big screen, the restaurant installed several interactive clear cubbies on the wall.

Robots that can cook

Moreover, because the machine-learning technology allows the robots to learn from their own mistakes over time, food safety and consistent quality of the products can thus be ensured.

Café X in San Francisco is also operated by robot baristas. A customer can order a customized drink over the phone or a kiosk in the café. It takes only 25-55 seconds for the robot to make a drink. More importantly, there is no miscommunication, and customers can always rely on the robot to make the same drink with consistent quality.

Café X is also charging for a slightly lower price for the same drink than the Starbucks does.

Domino's Pizza is the leader in using self-ordering service. A few years ago, the pizza chain began moving to the direction of "minimal human contacts and maximal digital contacts."

Customers can place orders via website, Facebook page, Twitter and even Apple Watch. It appears the stockholders are "buying" the self-ordering service, too — the company's unit share price has seen an increase of $54 even when it faces many other challenges. Now, the company is worth $9 billion.

Starbucks is another good example in this regard. Mobile orders make up 7 percent of the company's store transactions in the U.S.

Wendy's will install self-ordering kiosks in 1,000 locations by the end of this year. The self-ordering kiosks are expected to be more reliable than human beings (e.g., no sick calls or quitting), appeal to younger customers, cut down the wait time in rush hours and reduce labor costs.

Another fast-food giant, McDonald's will also be testing mobile ordering and mobile payment in selected U.S. locations this year.

For example, when a customer places a delivery order on a mobile app, the restaurant will receive an order and prepare the food. When the food is ready, the staff of the restaurant will bring out the food, put it in a temperature-controlled bag, and shut/lock it inside the robot. The customer will immediately receive an update, saying that the robot is on its way for delivery.

The robot will navigate the street and make the delivery on its own. When it arrives at the destination, a text message with a security code will be sent to the customer via text messaging. The customer will use the code to unlock the lid and take the food. In fact, the startup is planning to use the same types of robots to deliver other products besides food.

In the hotel industry

The Aloft Hotel in Cupertino, California, was the first lodging product that introduced the robotic butler ("Botler") service, followed by other hotel brands in selected locations. The Botler is connected to Wi-Fi and can perform delivery service for guests inside a hotel.

At this point, the Botler mainly delivers small items such as toothpaste, towels, etc., but not room service items. It operates in a similar way as the food delivery robots do.

Marriott International is testing a new service/device — automatic drink dispensers that guests can control with a smartphone. The dispenser works well with beer and wine, with consistent control over the quality and portion. It can be used as a reward to selected guests or to any guests with a credit card as a form of payment.

Other areas in the service industry

Machines with artificial intelligence can provide personal assistants to people in need. For example, the market for senior-oriented technology (e.g., providing interactive services to seniors) is estimated to grow to $20 billion by 2020.

Intel recently joined other tech and automatic companies in developing self-driving concept cars (without a human being). The autonomous vehicle market is expected to jump from $3 billion in 2015 to $96 billion in 2025 and $290 billion in 2035, according to Goldman Sachs.

Are you with me? Does it become obvious that the new era of machines serving people has already arrived?

I think it is now the time for those who are feeling the panic of being replaced by machines or robots at work to reconsider their career paths. Manual labor will certainly be replaced, and the only way for us to survive in this competition is to become the leaders in the field.