Worldwide antibiotic resistance in farm animals is on the rise 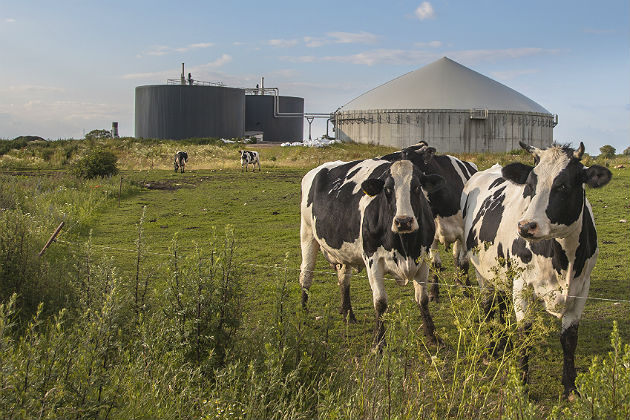 As worldwide demand grows for products delivered through animal husbandry, the industry has increasingly become more reliant upon antimicrobials to treat and prevent infections for animals raised in crowded conditions. These drugs rapidly increase weight gain for quicker delivery of products to market, thereby improving profitability.

The use of antimicrobials has several downstream impacts, including prolific advancement of bacteria resistant to these compounds, which is a severe problem showing increased signs around the world.

The indiscriminate use of the drugs means they are losing their efficacy and potentially impacting human health. The proliferation of these drugs is because a rising number of people in previously non-affluent areas — including India, China, Latin America, and Africa — are wealthier than past generations, leading to more consumption of meat and dairy products.

For example, in Africa, meat consumption has risen by more than half; in Asia and Latin America, it is up by two-thirds. In other words, these are substantial levels of growth for meat-producing economies.

One significant problem with this rise in meat consumption and the use of antimicrobials is that in many less-developed areas of the world experiencing this growth is that they have few if any, surveillance capacities to track antimicrobial use and resistance on farms.

New research led by Thomas Van Boeckel, assistant professor of health geography and policy at ETH Zurich, mapped antimicrobial resistance in animals in low- and middle-income countries in the journal Science. According to the team’s research, it found where and in which animal species resistance occurred for common foodborne bacteria, including Salmonella, E. coli, Campylobacter and Staphylococcus.

High rates of antimicrobial resistance in animals were discovered in northeast China, northeast India, southern Brazil, Iran, and Turkey. In Africa, Nigeria and the surroundings of Johannesburg showed the most effect. In these regions, the bacteria are resistant to a large number of drugs used in animals but also human medicine. An essential finding of the study is that so far, few resistance hotspots have emerged.

The highest resistance rates were with the antimicrobials most often used in animals, including tetracyclines, sulphonamides, penicillin, and quinolones.

In certain regions, these drugs have nearly lost their efficacy to treat infections."This alarming trend shows that the drugs used in animal farming are rapidly losing their efficacy," Van Boeckel says, which will affect the sustainability of the animal industry and potentially the health of consumers.

"Antimicrobial resistance is a global problem. There is little point in making considerable efforts to reduce it on one side of the world if it is increasing dramatically on the other side," the researchers said.

"Antimicrobials have saved millions of human lives, yet the majority (73%) are used in animals raised for food," the study authors wrote. "Since 2000, meat production has plateaued in high-income countries, but has grown by 68%, 64%, and 40% in Africa, Asia, and South America, respectively."

As meat production rises, the study data may help target interventions against antimicrobials and assist a transition to more sustainable animal farming in low- and middle-income countries. For example, from 2000 through 2018, the number of antimicrobial drugs to which bacteria that affect cattle have become resistant doubled; for chicken and pigs, resistance has nearly tripled.

"We are largely responsible for this global problem we've created," Van Boeckel concludes. "If we want to help ourselves, we should help others."