With all the social buzz, where’s the Twitter talk? 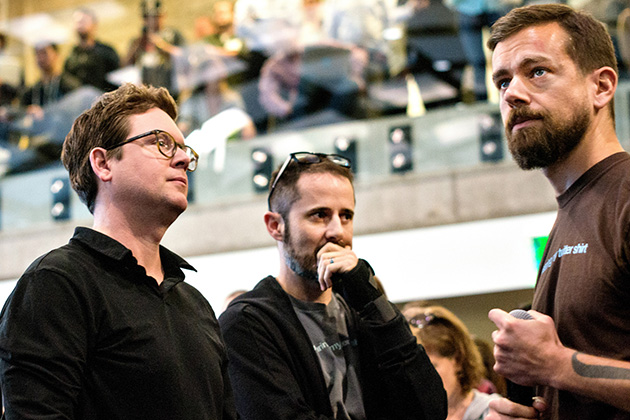 There's endless chatter about the ways social platforms ceaselessly evolve. Instagram is testing a new tactic that could significantly impact influencer marketing. Facebook just debuted a new mission statement. The company now seeks to "give people the power to build community and bring the world closer together" instead of making "the world more open and connected."

While tweets make the news cycle daily, Twitter itself has remained relatively mum over the last few months. Where are their updates to make the platform better? Their stats on user growth?

While you likely didn't hear much about it, Twitter did just announce a new look and major redesign — though, that wasn't the story that stuck. Instead, the saga of Twitter's struggles continued to dominate the headlines — and for good reason.

President Donald Trump made Twitter a star again. The platform, in many ways, is the primary way the President communicates with the media and the American people. Because of Trump, Twitter became the news source.

Despite this constant attention and the crucial role Twitter played in the 2016 election, Twitter hardly gained any new users. In the fourth quarter of 2016, Twitter grew by a measly 2 million monthly active users. That was the slowest growth rate the company saw in all of 2016, and the growth rate in the U.S. was actually zero.

Twitter didn't attract many more users after the expected bump, but the company's CEO and co-founder Jack Dorsey did emphasize Twitter had 11 percent more daily active users (DAU). So far in 2017, that positive trend is continuing, with a 14 percent increase in DAU.

So, there is good news here. Twitter appears to be doing a much better job reactivating the estimated 1.3 billion inactive Twitter accounts.

But there is a catch to this comeback story. In its last two earnings reports, Twitter's total revenue and U.S. ad revenue continued to decline. Its stock does appear to have somewhat leveled off, after its massive drops in Q4 2016.

There have been talks of looking (and failing to find) a buyer. Now, another Twitter co-founder, Biz Stone, is returning to the company. Stone's strong suits include cultivating Twitter's culture, telling its story and pinpointing its vision — all of which Twitter desperately needs right now.

Thus far this year, Twitter boasts their strides in live streaming and "updates to further simplify" their services and revenue streams in the company's Q1 shareholder letter.

In short, Twitter is still figuring out its spot in the marketplace. The company wants to be in the news and live streaming sphere, and it's hoping visionaries like Stone and Dorsey can make that happen.

Wired called 2017 "the year that Twitter learns to thrive or dies." So far, 2017 has been fairly good to Twitter.

For now, we'll all sit back and wait to see where Twitter lands. In the meantime, your company should continue to do what you've been doing on Twitter. If you're looking to invest more time or money into a social platform, go where the growth is, so either Instagram or Facebook.