Will supermarkets become a new competitor for restaurants? 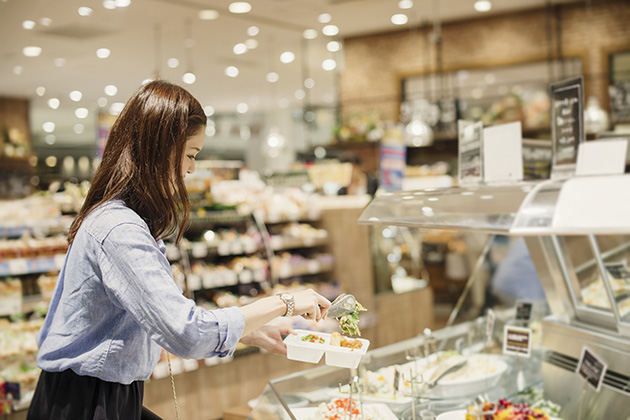 There are four levels of market competition: product-form, product-category, generic and budget competition. It is not until a business understands exactly at what level a product/service is battling against its competitors that effective marketing strategies can be developed.

Product-form: In this level of competition, businesses are competing against one another with the same type of products and services. A good case in point is McDonald's competing with Burger King within the restaurant industry.

Generic: In this level, a product/service can be substituted by another type of product/service because they are able to fulfill the same needs of consumers. For instance, consumers may purchase food from a grocery store and cook at home instead of eating out at a McDonald's or a restaurant.

Budget: In this level, everything that competes with the same dollar in a consumer's pocket is viewed as competitors. When consumers are planning for a long summer vacation, for example, they may not want to go out to eat as often in the spring. In this case, the vacation package is competing with restaurants for the same expenses of the consumers.

Traditionally, restaurateurs would only view supermarkets as their competitors in the generic level, but recently I have observed several new changes in the restaurant industry and supermarkets. I wonder if supermarkets will soon become big product-category competitors for restaurants. For instance ...

This is really not a new idea. Before I moved to California in 2013, I had experienced the cafeteria-style dining services in Market Street (United Supermarkets) in Texas and Wegmans Food Markets in New York. Last month, when I visited a Whole Foods Market in Houston at about 8 p.m., I also saw a big crowd of people enjoying draft beers in the bar that is located in the middle of the supermarket.

I am expecting more restaurants will open inside a supermarket in the near future, similar to a report at Supermarket News.

Grab-n-go is getting better in supermarkets

Grab-n-go items are usually popular in supermarkets. They are ideal for quick lunch or snacks. To make it even better, Whole Foods recently introduced a butchering produce service. As it becomes easier for consumers to find ready-to-cook ingredients from the shelf, they may feel more inclined to prepare meals on their own at home.

No tipping becomes an emerging trend in restaurants

More restaurants are opting into the no-tipping policy. The difference between dining in a restaurant and eating in a supermarket has become less significant.

Uncertainty has slowed down the restaurant industry

The restaurant industry has reported lower traffic and lower sales for several quarters. There are also many uncertainties ahead of us as we begin 2017. A variety of sources also issued warnings to the industry, suggesting restaurateurs should get ready to deal with a possible recession.