Will adding women to bills help put more money in their pockets? 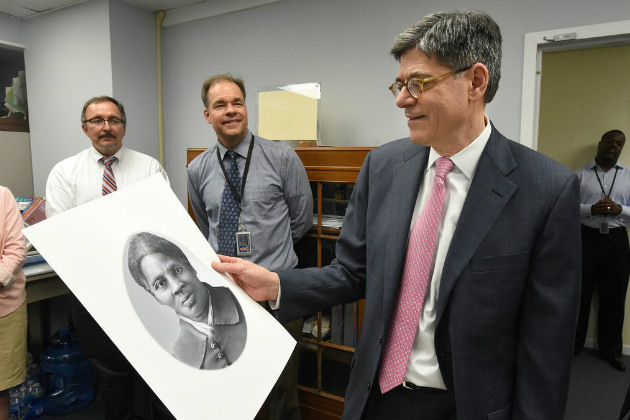 As women make a reappearance on paper U.S. currency for the first time in more than a century, some of the same beliefs that women were fighting for then — such as equal pay — remain an ongoing issue in today's workplace.

Back in March of this year, the U.S. Women's Soccer Team filed a complaint with the Equal Employment Opportunity Commission against the U.S. Soccer Federation seeking wage equality with their male counterpart.

"The numbers speak for themselves," USWNT player Hope Solo said. "We are the best in the world, have three World Cup Championships, four Olympic Championships, and the USMNT get paid more to just show up than we get paid to win major championships."

It's not just women in sports who are calling for equal pay. In her TIME 100 video interview, rapper Nicki Minaj advised women to be direct about how much they feel they are due.

"One thing I learned along the way in business is the necessity for you to be unapologetic about asking for how much money you deserve," Minaj says. "At a very early stage in my rap career, I was making six figures for shows ... If I heard there was another rapper making that, I thought, 'you know what? I get out there and demand or command a crowd. I get out there and make my fans happy. I get out there and give a real show. I want that, too.'

"And I pushed myself to be better with my showmanship, but I also decided, you know what? I want to be compensated well."

Just how much do women make compared to men?

"This report presents some really dramatic and startling data about how big a problem pay inequity is in our country for women and their families, and how the pay gap varies state by state, by race, and by age," Maloney said.

The federal government has made strides in recent years to tackle equal pay. In 2009, the Lilly Ledbetter Fair Act was signed to make it easier for women to challenge equal pay. Congress has also introduced the Paycheck Fairness Act. If passed, it would limit employers' ability to pay employees differently when it comes to the basis of such things as education, training or experience.

Although the federal government has worked to decrease the gap in equal pay, it is the states that are making even further waves. In 2015, seven states — California, Connecticut, Delaware, Illinois, New York, North Dakota and Oregon — all passed equal pay legislation. The toughest was in California, which now requires companies to be able to prove they pay men and women equally for similar jobs.

"These changes are intended to facilitate open conversations among employees so they can assess whether they are being paid differently based on gender," says James R. Evans Jr., a partner in the Los Angeles office of national law firm Alston & Bird LLP.

Several other states are looking to pass equal pay legislation this year. In Louisiana, an equal pay bill was recently passed in the state's senate. Senate Bill 254 would require private employers and local government to pay men and women the same wage for the same work.

Employers who don't comply could face lawsuits with the law if it goes into effect.

"This is one of the easiest decisions we can make during this session," said Gov. John Bel Edwards. "It is time for women, who make up more than half the population of our state, to earn equal pay for equal work."

Just as states continue to make changes in equal pay, it might become a pressing issue in this year's presidential election as Hillary Clinton tries to become the first female president.

At an event in New York, Clinton called for stricter laws to ensure women and men are paid equally for the same job.

"If talking about equal pay and paid leave and more opportunities for women and girls is playing the gender card, then deal me in," she said.