Why the upcoming nursing shortage is so unhealthy 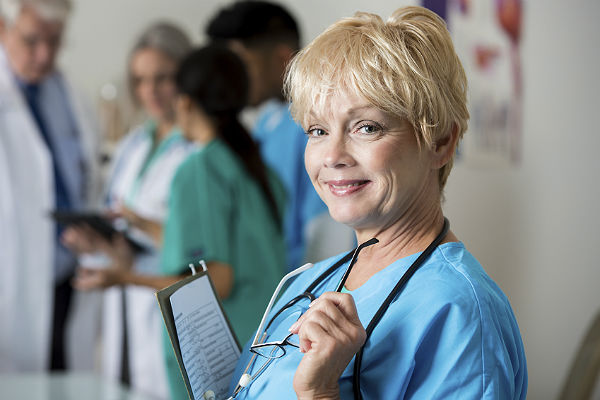 Georgetown University researchers say that a nursing shortage, a constant point of contention for at least the last decade, will see a lack of more than 190,000 nurses in less than four years.

A separate report, issued by the U.S. Department of Health and Human Services (HHS), says "the supply of both RNs and LPNs is expected to outpace demand at the national level by 2025." Likewise, in 16 states, demand for RNs will exceed supply and in the other 34 states, supply is expected to exceed demand with the greatest shortage of RNs are Arizona, Colorado and North Carolina. There are 22 states in which the demand for LPNs is expected to be greater than the supply, HHS reports.

Here’s why this is important. According to The Atlantic, there are more than 3 million American nurses and the field is one of the fastest-growing occupations in the country. Even so, the Bureau of Labor Statistics says more than 1.2 million vacancies will be available for registered nurses between 2014 and 2022. However, "by 2025, the shortfall is expected to be 'more than twice as large as any nurse shortage experienced since the introduction of Medicare and Medicaid in the mid-1960s.'"

Putting this into perspective, the aging population, mentioned above as a factor for creating the shortage, is having a huge impact on the nursing shortage.

It appears that once again, the baby boomer generation is to blame, with more than Americans older the age of 65 than at any other time in U.S. history. Supposedly, by 2030, the population of senior citizens will increase by 75 percent to 69 million. That’s 1 in 5 Americans.

The point is that experts expect this shortage to impact care protocols, for obvious reasons. With more people needing services, especially the elderly, demand for services will rise. "About 80 percent of older adults have at least one chronic condition, and 68 percent have at least two," according to the National Council on Aging.

But is the problem real or manufactured?

The nursing shortage is very real because nurses are also aging, with about 1 million RNs currently older than 50; that could mean much more of the nurse population could retire at just the time when they are needed the most. Nearly 700,000 nurses are projected to retire or leave the labor force by 2024.

Compounding the issue is the fact that schools are not able to keep up. According to The Atlantic, the nursing-education system is bottlenecked to a point that only so many aspiring nurses can access the training they need. "U.S. nursing schools turned away 79,659 qualified applicants from baccalaureate and graduate nursing programs in 2012 because of insufficient number of faculty, clinical sites, classroom space, clinical preceptors, and budget constraints," the magazine reports.

Bluntly and simply, the shortage is real and it is the result of quality care that has allowed Americans to live longer, and more quality-filled lives than past generations. Given the cause of the problem, perhaps it’s a good one to have.