Don't overuse hashtags like these guys. (Courtesy The Tonight Show) 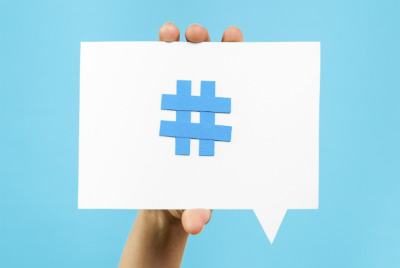 A symbol that was once associated with telephones — the pound sign — has morphed into the hashtag, used as an integrated piece of the puzzle in social media marketing. However, a new report suggests that the tool could have run its course for advertisers.

In a report by Twitter, zeroing in on direct-response ads, it was found that ads including hashtags or "at" mention of others' accounts didn’t perform up to par.

"If you’re trying to join a conversation, you should absolutely use a hashtag," said Anne Mercogliano, head of SMG marketing at Twitter. "But for driving for a specific click that you’re looking for off Twitter, the less noise that you put in between [the better]."

The new products will allow advertisers to showcase apps within a video ad, have more options on what types of user actions they can choose from, and can opt to pay only when a user downloads an app or installs the product advertised.

The Twitter report may show a decline in hashtags for certain marketing schemes, but rest assured, the hashtag is long from being a thing of the past.

According to research by Buddy Media, tweets with hashtags received two times more engagement than tweets that don’t.

In a study by Simply Measured, 88 percent of posts included at least a single hashtag. When it comes to retweeting, tweets that contain one or more hashtags were 55 percent more likely to be retweeted than tweets that don’t.

Twitter can take the credit for the beginning of the hashtag movement in social media, but it is far from being the lone social media platform to use the symbol.

With more than 300 active users, Instagram is a hotspot when it comes to using hashtags. The usage of hashtags on Instagram differs from its social media rivals.

The highest interactions on the social media platform had more than 11 hashtags. Instagram allows up to 30 hashtags per post.

To help boost hashtags, Instagram in July updated its website, and now allows users to click on and search hashtags, locations and user accounts, just as users can through the phone app.

Instagram's parent company, Facebook, is still the relative new kid on the block when it comes to using hashtags on social media.

Since Facebook’s use of hashtags began in 2013, they are still not as popular they are with Facebook's rival Twitter or even its partner Instagram.

A study done by EdgeRank Checker, conducted in the first three months of the initial launch, showed that hashtags had no real positive effect on reach. Posts without hashtags performed better than those without hashtags.

Hashtags on Facebook have increased in the past two years. Posts that have one to two hashtags see an average of about 593 interactions.

Hashtags are great for marketers because they allow them to engage with their followers and other users. It’s been shown that those who use one to two hashtags on Twitter saw a 21 percent higher engagement. Just keep in mind, the less hashtags the better.

Don’t use hashtags just because. Using hashtags of relevance can help add to a conversation or can help build a potential relationship between a business or consumer.

In order to achieve this goal, identify the hashtags that are trending on the various social media platforms that may pertain to your business. From there, build on that list with related hashtags.

Many events nowadays have specific dedicated hashtags. If you’re tweeting or posting an image from an event, make sure that you are using the correct hashtag.

Before the event occurs, it’s important to build awareness. If you’re doing it through hashtags, make sure that the hashtag is included in all social media promotions for the event.

By keeping the hashtag visible, it will help build conversation leading to the event, during the duration of the event and afterwards.

Hashtags can be used to generate more followers, but they also allow businesses to become creative when marketing their brand or product.

Brainstorm hashtags that can be unique for your business. With 74 percent of Americans having at least one social media platform these days, it's important to have brand awareness and hashtags are just one of the ways to do it.