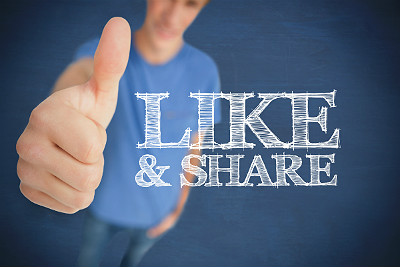 Not all Facebook messages are created equal. Some receive a lot of likes, comments and shares, and thus are seen by a large number of Facebook users, but others only reach a few. Do you know what types of messages tend to get the most attention from Facebook users?

Recently, I conducted a series of three studies that may provide some insights to that question. I found the following:

Published in 2013 in Cornell Hospitality Quarterly:

If messages are divided into four media types, messages with photos or updates (text only) receive more likes and comments than messages with a video or a hyperlink.

If messages are divided into two message types — sales/marketing vs. conversational (messages with which a company does not directly promote a product/service/brand or the organization), conversational messages receive more likes and comments.

The cross-effect of media type and message type affects the number of comments a message receives.

Published in 2015 in Worldwide Hospitality and Tourism Themes:

By comparing the Facebook messages initiated by 10 restaurant chains in the fourth quarter of 2010, 2012 and 2014, I found there was a substantial decrease of status updates by restaurants and a dramatic increase of photo updates, indicating companies were measuring and responding to Facebook users' preferences.

Photo remained as the most popular media type, receiving the most likes, comments and shares from Facebook users. Video was not considered popular in 2010, but experienced a slight increase in usage by restaurants and slowly emerged in 2012 and 2014 as another popular medium by Facebook users. By then, video no longer had a statistical difference with photo updates when number of comments and number of shares were measured.

Published in 2015 in Tourism and Hospitality Research:

Sales/marketing messages on Facebook can be further classified into five subcategories (please visit the original manuscript for the definition and example of each message type):

Likewise, conversational messages can also be classified into four subcategories:

By comparison, conversational messages received more likes and comments than sales/marketing messages, supporting the results of Study I.

Now that we know what types of messages tend to receive more attention from Facebook users, what can businesses do to better engage their target customers on Facebook? The goal for businesses is probably to get more likes, comments and shares for their Facebook messages because they want to be heard by as many Facebook users as possible. Here are my suggestions:

1. Engage Facebook users with more conversations rather than having campaigns or promotions.

2. Learn how to tell stories with pictures.

3. Use a high-quality screen shot for the cover of a video. Even if Facebook users do not click on the video, a nice screen shot may still catch their attention, as if they were seeing a nice picture.

4. Use direct boasting and product highlight messages to engage Facebook users because these two are the most popular sales/marketing messages that are working on Facebook.

5. Ask questions to gain better understanding of Facebook fans because the research reveals that people tend to respond to the updates with questions. Moreover, because these Facebook fans are probably loyal to the business too, their opinions matter.