Want to create a bigger eWOM effect on Facebook? 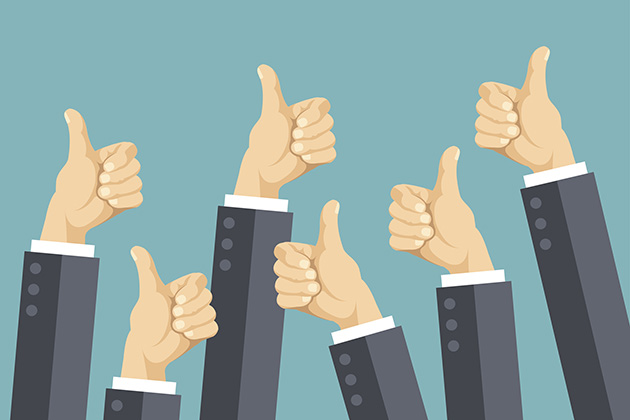 As one of the most visited websites in the world, Facebook has become the most influential medium for business-to-consumer (B2C) communications. Almost every company is now on Facebook, where they build public pages for a brand or their business to engage their target customers.

When a Facebook user likes, shares or posts a comment on a company's update, the B2C message initiated by the company will then have a higher chance of being seen by the Facebook user's friends, thus creating a bigger electronic word-of-mouth (eWOM) effect for the company's communication effort.

Then, because companies are free to post almost any content they like on Facebook, studies about customers' eWOM behavioral intentions as well as their actual eWOM responses toward different types of B2C messages on Facebook are expected to reveal meaningful insights. This research provide managers business intelligence for the development of effective marketing communication strategies.

Accordingly, I recently worked with a research team on a project where we analyzed consumers' eWOM responses as well as their eWOM behavioral intentions toward different types of B2C messages on Facebook. We have completed the project and published the results.

In the first series, I mainly worked with Bei Yu, an associate professor at Syracuse University. We analyzed the web data that was accessible on selected companies' Facebook pages and reported the key findings in Cornell Hospitality Quarterly, Worldwide Hospitality and Tourism Themes and Tourism and Hospitality Research.

In the second phase of this project, I worked with Zhenxing (Eddie) Mao, a professor at Cal Poly Pomona, and Yung-Kuei Huang, an assistant professor at National I-Lan University in Taiwan.

We collected 169 usable questionnaires for analysis. The key findings were recently published in Tourism and Hospitality Research.

And here is what we found:

What are the industry implications?

Our analysis suggests that messages of different types would indeed have different impacts on consumers' eWOM reactions as well as their eWOM behavioral intentions. As a result, when companies initiate a conversation on Facebook, they are highly encouraged to draft the message based on the message type that would yield high eWOM effect, as revealed in the research findings.

What other recommendations will you make?