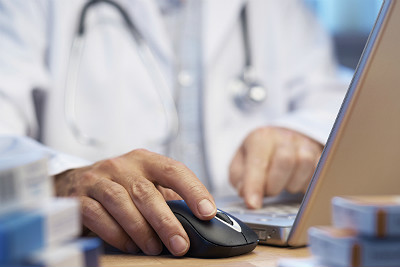 The results of a new survey by Black Book show broad insight into the "tentative" progress that health information exchange (HIE) and true interoperability have made. After polling nearly 2,000 health plan members and patients, 800 independent and employed physicians, 700 hospital executives, 1,200 insurers and 500 health information technology vendor staffers in a span of eight months, Black Book analysts have boiled down their findings thusly: "Persistent unpredictability describes the current state of operative HIEs."

"Although the Office of the National Coordinator for Health IT recently released a draft detailing a 10-year nationwide road map for basic health record connectivity by 2017, fewer and more specifically defined interoperability objectives are needed to focus stakeholders to prevent the technology industry from backing further away from HIE initiatives," said Doug Brown, Black Book Research managing partner, in a statement.

According to the insights gained from the study, simple healthcare information is apparently being exchanged among parallel EHR systems in pockets of communities, but 94 percent of America's providers, healthcare agencies, patients and payers persist as meaningfully unconnected in Q1 2015. Providers are dropping HIE as a priority, as evidenced by a 5 percent drop in regional connectivity from last year.

Black Book says providers are retreating from complex HIE endeavors because of flawed business models of public HIEs and "the waiting game to see if payers foot the bill for significant data-sharing mechanisms, according to 90 percent of hospital organizations and 94 percent of independent physicians."

"A short list of enterprise HIE vendors have effectively established operative exchanges across organizational silos to benefit patients, providers, agencies and payers," said Brown. "Those vendors are justifiably earning the lion's share of 2015 initiatives, and stymied HIE developers are reconsidering their positions."

Most small, independent HIE developers will meet their demise by 2017, according to 72 percent of stakeholders including, hospitals, insurers, physicians, labs and pharmacies. Those HIEs that have not proven operative to the government payer and commercial insurance sectors, and those HIEs not owned or acquired by the major insurers by then, will disappear.

In 2014, 70 percent of surveyed health insurers rejected participation in public HIEs. However, trust has surged in payer-owned HIEs, as well as in data-sharing networks developed by HIE vendors for payer groups following a year of resolving data ownership and accountability issues, according to 86 percent of provider respondents, up from 40 percent in 2013.

"Payers are determining how they can best manage the HIE ecosystem by gaining access to the clinical data of covered members," Brown said. "With the nearly 90 percent of urban hospitals and medical practices functional with EHR, reciprocal data flow with payers has been the tipping point to provoke insurers to initiate the leadership roles in HIEs.

"Providers are simply not benefiting financially yet from HIE development. Without proven worth or certain return, the shift to payer investment in private HIEs was inevitable with value-based care emerging," Brown added.

The stakeholders that benefit the most from connectivity are the ones that will pay to support exchanges, and they will drive the most successful initiatives going forward.”

"As risk sharing increases, so will the demand for meaningful, robust data sharing between providers and payers regardless of the EHR employed." Brown said. "If the interfaces for interoperability between the HIE and stakeholders is too difficult to evaluate and analyze risk, the more likely we will see another round of EHR replacements."