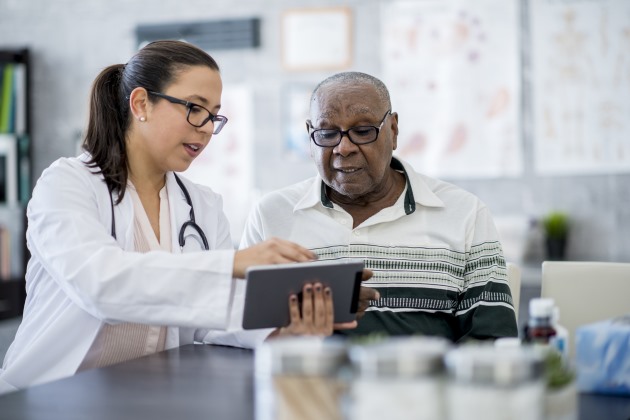 Kaiser Permanente, the largest U.S. nonprofit integrated healthcare system, is putting plans in place to be carbon neutral by 2020 as part of a larger environmental initiative.

The healthcare company is walking the walk in regard to its mission to provide the best care outcomes, as recent reports suggest that the healthcare industry accounted significantly to carbon dioxide generation that could lead to hundreds of thousands of deaths if not otherwise addressed.

For perspective, the company reportedly generates more than 1 million megawatts annually. However, the nonprofit recently purchased 180 megawatts of clean energy (enough to power 27 of its 39 hospitals), which should enable the health system to develop solar and wind farms and "one of the largest battery-energy storage systems with NextEra Energy Resources," it said.

Per reporting, Kaiser Permanente will place its solar farm operations and battery storage in eastern Riverside County in Southern California and its wind farm in Arizona, expected to come online in 2020 and 2021, respectably and make the health system the largest purchaser of renewable energy in the U.S. healthcare sector, according to a press release.

A Commonwealth Fund report earlier this year showed that the U.S. healthcare sector accounted for around 10 percent of the carbon dioxide generated in the U.S. in 2011. That amount of carbon dioxide could account for nearly 200,000 premature deaths connected to air pollution annually in the U.S., according to that study.

A separate University of Chicago School of Medicine study from 2009 showed that healthcare in America, including activities such as hospital care, scientific research and the production and distribution of pharmaceutical drugs, was found to produce 8 percent of the country’s total carbon dioxide output.

That’s a 2 percent increase in carbon dioxide output for America’s healthcare system in just two years, or a rise of 1 percent per year. Factoring that out, the U.S. health system likely contributes closer to 17 percent of the total CO2 output.

While the sector doesn’t seem like a disproportionate offender of carbon dioxide production, healthcare as a sector does contribute a significant amount of CO2 to the atmosphere.

The Commonwealth Fund suggested that health systems and companies can improve health by lowering emissions, which may reduce costs, but also help fulfill the obligations that come with the industry's size "…and its mission to improve health," the group said.

While only one company, Kasier Permanente is a powerful brand. and its effort to become carbon neutral shall not go unnoticed. So while the company's efforts might not result in a significant difference environmentally or for the sector as a whole, the company is putting itself in place as a leader in front of the effort of environmentalism that will likely cascade others to follow suit.

Or, is it Kaiser that’s following the pack? The Cleveland Clinic actually announced in 2017 that it is taking its own carbon neutrality path, with a projection of reaching that goal within the next decade.

In the last 10 years, the hospital and health system is reported to have saved $50 million in energy costs and $30 million in materials purchased, diverted more than 100,000 tons of material from landfills and saved more than 600,000 trees.

The health system plans to accomplish that by expanding the successful use of energy-saving strategies it has implemented and by purchasing renewable energy, such as wind and solar, from the power grid.

More than 400,000 LED tubes have been installed in facilities, saving more than $3 million in energy costs annually. Operating room (OR) setbacks have been a key energy saver in the past and part of the plan going forward, too, he says. The number of air exchanges are drastically reduced when ORs are not in use and are maintained at the required rate rather than exceeding it during surgeries.

The optimization of HVAC equipment and especially chillers is a major strategy for cutting energy use now and in the future. Those steps help to maintain patient room temperature ranges to save more energy.

Meanwhile, Kaiser's renewable energy program looks to reduce greenhouse gases and preventing climate-related illness. Increases in asthma and other respiratory ailments, the spread of infectious diseases, heat-related diseases and injuries from severe weather and wildfires are all linked to climate change. The effort is a way to help "protect the health of the more than 68 million people in the communities we serve."