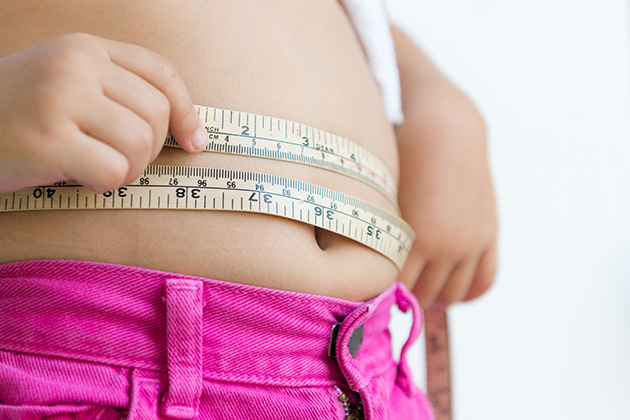 Today, about 1 in 5 children between the ages of 6 and 19 has obesity. In fact, the percentage has tripled in the U.S. since the 1970s. These children not only suffer from depression, lower self-esteem and social isolation, but they're also at higher risk for having chronic health conditions such as asthma, sleep apnea, bone and joint problems, diabetes and heart disease.

Childhood obesity is considered to be the most common prevalent nutritional disorder of U.S. children — one that's most often seen by pediatricians. Because of the prevalence, the Endocrine Society recently released an updated Clinical Practice Guideline Program to help the prevention and treatment of childhood obesity, alongside lifestyle changes.

Some recommendations in the guidelines include:

Though most recommendations regard testing and laboratory procedures, the society notes that the first option to helping patients with obesity is lifestyle modifications.

"Intensive, family-centered lifestyle modifications to encourage healthy diet and activity remain the central approach to preventing and treating obesity in children and teenagers," said Dennis M. Styne, MD, of the University of California Davis Medical Center in Sacramento, in a press release.

Childhood obesity is an national problem, affecting 17 percent of American children and teenagers. The Society states that the disease is associated with an estimated $14.1 billion in additional prescription drugs, emergency room and medical visits each year.

No matter what the circumstance of assessment or treatment, the most important aspect is prevention. And though the recent research on pediatric obesity has increased since the last guidelines, Styne states that "further study is needed of the genetic and biological factors that increase the risk of weight gain and influence the response to therapeutic interventions."