Travel2020: Where meetings and magic meet 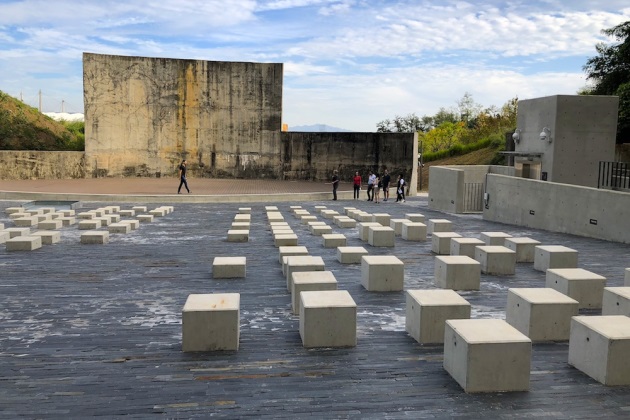 Meeting in Seoul might mean an event at a former secret oil storage site.

Anyone who has planned a conference or attended one knows the “where” is as important as the “what.” Whether it’s a meeting of healthcare professionals or Midwestern meat distributors, the time and money spent to attend a meeting become serious investments for both planners and their targets. It has to be worth it for all involved, and that involves a small, but critical factor: the wow.

Recent trends in meetings show these gatherings need to be purposeful, pliable and push the envelope.

Attendees will expect pizzazz, whether that comes from the destination itself, the venues chosen for events, or entertainment at the events; and they will expect elements of personalization — choices for activities, choices for comforts and technology they can customize, according to Aventri (formerly eTouches).

The second International Association of Exhibitions and Events (IAEE) Decision to Attend study provides extensive insight on what drives attendance. The 8,992 participants from 12 organizations, representing all types of industries and professions, found that:

In summary, the destination remains the No. 2 driver for meetings attendance and with the world as the stage, meetings of all kinds can have their “wow” factor with just a little digging and out of the box thinking.

Global DMC Partners released a 2018 Global Destination Index, highlighting the most popular meeting and incentive destinations around the world in 2018 and naming the markets trending for 2019.

The data was compiled based on analyzing data from over 6,000 meeting and incentive programs across 2018 and 2019 in over 500 destinations that Global DMC Partners represents.

And while there is no doubt that cities like Paris, New York, London and Rome provide astounding backdrops for any meeting with or without leisure attached, costs involved often make them prohibitive for planner and attendee alike.

A 2019 Meeting & Incentive Destination Hot List provides some second-tier alternatives that allow for cost savings while packing in the wow.

For meeting planners, there are a lot of boxes to be checked before finding the right destination for creating a meeting that will matter. According to Maritz Global Events, the top 10 considerations for such choices come down to: accessibility; ease of doing business; city and hotel infrastructure; meeting venue capacity; transport infrastructure; carbon footprint; legislation and regulation; security and safety; community maturity; and degree of financial support available.

A meeting in Chiang Mai may mean many hours in the air for attendees with the added expense of those flights, but such costs may be offset by the lower costs for food, venue, transport and hospitality offered in these destinations.

“Finding the perfect match is challenging. You can’t have space, rates, dates all in perfection. You have to give somewhere,” said Christine Coate, director of operations at Maritz. “Everyone wants the unique experience. But they also want reliability and great service. So, it’s about getting creative, about hiring a DMC that can create some local flavor … and you can spend a lot of money for this and come up with a great bang for the buck.”

Meeting in Malta: Winning with ‘Game of Thrones’

There is something to be said for creating meetings within a backdrop dating back 7,000 years with the added advantage of being at the epicenter of one of the world’s highest rated television productions. Malta, a country of conquering nationalities that tells the history of the Mediterranean in grand castles, palazzos and forts now calls itself the Jewel of the Med and a Paradise for M.I.C.E.

This mini-Hollywood on the Med has welcomed the film crews of “Troy,”“Gladiator,”“World War Z,”“Assassin’s Creed,”“The Count of Monte Cristo,” and “Murder on the Orient Express,” among others, and can bring meetings of any size into these perennial film sets with such venues as the circa 1600s Mediterranean Conference Center and even the locations of Fort Manoel, the Mdina, and Fort St. Angelo, all stunning backdrops for key scenes from “Game of Thrones.” Malta’s capital, Valetta, is home to Malta’s flagship venue, the Mediterranean Conference Centre (MCC), which used to be the hospital of the Knights of St. John. The venue cleverly combines history with the latest technology and features a state-of-the-art auditorium seating 1,800 as well as numerous other event spaces.

Other notorious and historically important venues include the Presidential Palace of Verdala in Buskett Woodland as well as piazzas such as St. George’s Square and UNESCO Site of the prehistoric Ggantija Megalithic Temples.

Tapping into the trend of experiential travel, Heritage Malta is introducing a new concept that will allow guests to not only see, but taste Maltese and Mediterranean history. A professional team of curators and chefs recreate paupers’ frugal snacks, the corsair’s celebratory dinner, the grand master’s wine list, the inquisitor’s lent dinner and the merchant’s decadent dessert for a rare immersive opportunity.

Attendees can also experience a pirate-like adventure in the heart of the Mediterranean where two Turkish gullets fight each other using water weapons.

Getting to Malta is an easy hop from key European hubs. From the U.S., it is easy to connect with a short flight of, at the most, three hours, from London and other major European gateways via British Airways, Lufthansa, Alitalia, Turkish, among other carriers.Once on the island, the small area gives an advantage as transfer times are kept to a minimum (typically 25 minutes) allowing for more quality program time.

As for climate, guests can expect sunny mild weather. And the ease of location continues with the fact that English is one of Malta's official languages, alongside Maltese. It is considered as the official business language in Malta. It is also a safe destination.

As for cost, Malta is very competitively priced with an excellent array of hotels ranging from luxury international chains to boutique properties. There are twelve 5-star hotels having in-house conference facilities and dedicated M.I.C.E. teams. Most are within walking distance of each other and can easily accommodate a large group across several properties. Moreover, there are some 42 four-star hotels providing a total combination of 22,000 beds.

“The Island’s unique landscape and rich heritage provide a grand backdrop for memorable events, be it dinner al fresco in a village square or drinks at Fort St. Angelo, overlooking the Grand Harbour or a black-tie reception in a Baroque Palazzo. Creativity has no bounds,” said Michelle Buttigieg, representative for the Malta Tourism Authority.

The World as Oyster

Cvent, a leading market maker in meetings, events and hospitality, releases an annual list of top meeting destinations compiled by sourcing activity through the Cvent Supplier Network that accounts for some 40 million room nights worldwide and $14.7 billion of business.

“This year, secondary cities like Guangzhou, China and Hyderabad, India on the APAC list, and Aurora, Colorado and Burlingame, California on the U.S. list, are making their first appearance and are helping to drive their local economies by attracting group business to their locales,” aid Chris McAndrews, vice president of marketing for the Cvent Hospitality Cloud.

Indeed, the concept of first-, second- and third-tier cities and destinations is something high on the minds of meeting planners who must find a way to mix all “wants” and keep meetings affordable for all.

So-called first-tier cities are easiest to define. No one would argue that Chicago, Las Vegas and Orlando are first-tier cities, yet they couldn’t be more different in location and personality. They join at least another 12 U.S. cities that can be labeled “first-tier” and have advantages popularity, easy access and navigation, a convention center with at least 500k square feet, at least 10,000 hotel rooms — many in chain brand properties, abundant dining and entertainment options and that little intangible called cachet.

Second-tier cities bolster the meetings markets with smaller metro areas, smaller facilities, easier group navigation and greater affordability. While a second-tier destination may have fewer hotel rooms and meeting/exhibit space, and may be a bit more inconvenient or expensive for airlift, it may still rank high on attraction, cachet and amenities.

Third-tier destinations have limited airlift, a small conference settings and may be considered more readily for drive market meetings. Still, they have wide attraction for affordability, “bleisure” and ease of travel.

Click here for Cvent’s annual list of top meetings destinations, not just in the United States, but the world.

Cool in the ‘Hood

No matter where the meeting is held, it can easily find that “cool” factor with a little digging and creative thinking. A number of platforms currently service this need and match meeting requirements with such unusual surroundings as a farmhouse or loft or rooftop garden in a desired city. These include such companies at Peerspace, Splacer and Spacebase.

Meanwhile, unconventional “wowing” venues can be found in any city, if you know where to look. Here are just a few, offered by Andy Johnston, president and creative director of The Idea Group in Atlanta.

This works wonderfully in vacant buildings, warehouses or converted spaces. Local graffiti artists decorate walls with the theme, company name, product, etc., to define the space and the character of the meeting. Then the attendees can try their own hands at urban art.

In galleries, the art is static — finished and on the wall. But art schools are dynamic — active — works in progress. In this venue, a meeting’s key content gets put on canvasses as audiences physically move from idea to idea. Local art students create instant masterpieces during the event, with the subjects tied to the theme.

Many small, suburban or commuter airports close at dusk, allowing for an event to be staged right next to the runway. An environment defined by planes is great for announcing a launch.

4. Hot Nightclubs in the Daytime

As the hottest nightclubs in town will sit empty during the day, these make easy spots for a daytime event. All the lighting, sound and food facilities are there – plus loads of ambience and techno efx. Add a real DJ and a simple luncheon becomes a spectacular event.

The top level of most metro parking garages will be open, vacant and have the best view of the city skyline. An added bonus is easy, free parking for the attendees.

There is always a parking lot near the biggest, most expensive venues. Park food trucks in a circle to define the area. Put a live band in the middle and it’s a party. Local classic and antique car clubs can chime in with models that can be positioned to create an attraction or talking point, Or, they can be arranged in rows to look like a drive-in theater as attendees sit in the cars for a structured session.

Whatever the need, magical meeting venues can be as remote and exotic or close and cool as you require. For finding innovative meeting sites that can burst with buzz, it’s simply a matter of noticing.