Travel2020: The rise of green cruising 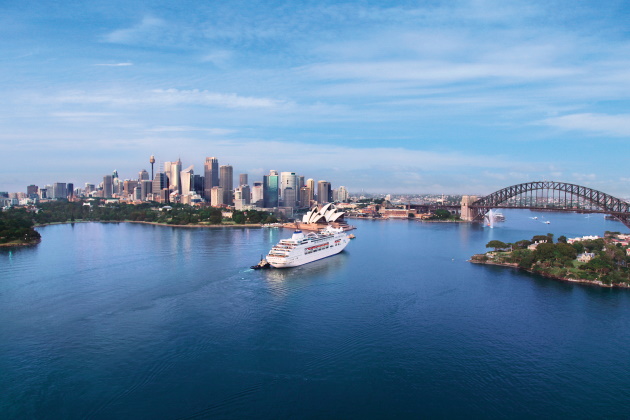 Carnival Corporation, which holds the tag as the world’s largest leisure travel company, is partnering with leaders from the maritime and engineering industries to pilot the world's first fuel cell system designed to power large passenger vessels.

As early as 2021, Germany-based AIDA Cruises, which is owned by Carnival, will trial this innovative fuel technology on AIDAnova, becoming the cruise industry's first brand to trial fuel cells on a large cruise ship.

The research project, named "Pa-X-ell2," is designed to develop fuel cells that are powered by hydrogen derived from methanol, with the potential to supply power to cruise ships at even lower emissions levels than liquefied natural gas (LNG), the world's cleanest burning fossil fuel. Designed by Freudenberg Sealing Technologies, the fuel cells are expected to have a longer lifecycle than those currently being developed for automobiles, with early trials on land showing a lifespan of over 35,000 operating hours.

Developed as a hybrid energy system for use in cruise ships, the fuel cells will be designed to enable benefits beyond significantly lower emissions, including operating with lower noise and vibration. In the future, there is the potential for the required methanol to be produced from renewable energy sources.

Hydrogen fuel cells are also part of the long-term planning of both Royal Caribbean Cruise Line and Viking Ocean Cruises as a way to eliminate the emissions from burning hydrocarbon fuels. However, a drawback of fuel cell technology can be seen in the current process of creating hydrogen from oil or gas, which can create greenhouse gases and negate the overall purpose of the technology. However, using the abundant hydro-electric power from Norway and other locations will allow for fuel cell production with minimal emissions.

"With this first-time use of fuel cells onboard an oceangoing cruise ship, we will reach another important milestone on our journey to emission-neutral cruising," said Felix Eichhorn, president of AIDA Cruises. "Our goal is continue to show concrete solutions for achieving our climate targets."

As part of Carnival Corporation's innovative "green cruising" strategy, the fuel cell pilot is the most recent in an ongoing series of environmental initiatives and major technological advances for the company's AIDA Cruises brand.

Recently, the brand signed an agreement to install a first-of-its-kind lithium-ion battery power system on its AIDAperla ship in 2020, which will be the world's largest battery storage system ever on a passenger ship, capable of generating a total output of 10-megawatt hours to help electrify the ship's propulsion and operation for periods of time.

In December 2018, AIDA Cruises introduced the world's first cruise ship capable of being powered in port and at sea by liquefied natural gas (LNG), a clean burning fossil fuel. The introduction of LNG to power cruise ships is a major achievement in green cruising that supports the company's environmental goals with the virtual total elimination of sulfur dioxide emissions (zero emissions) and particulate matter (95 percent to 100 percent reduction). The use of LNG will also substantially reduce emissions of nitrogen oxides and carbon dioxide.

In total, Carnival Corporation has an additional 10 next-generation LNG cruise ships on order, including Costa Smeralda, which will be the second of the corporation's ships to be powered by LNG when it joins the Costa Cruises fleet this fall.

The company is also pioneering the use of Advanced Air Quality Systems, often referred to as exhaust gas cleaning systemsor "scrubbers." As of July 2019, Advanced Air Quality Systems have been installed on 77 of the more than 100 ships in the Carnival Corporation fleet. The systems remove almost all of sulfur oxide emissions, 75% of all particulate matter and reduce nitrogen oxide emissions.

AIDA is also exploring the use of CO2-free production of liquefied natural gas (LNG) from renewable sources through its "Power to Gas" project or the use of fuel cells in cruise shipping. By the end of 2023, 94% of all AIDA guests will travel on ships that can be fully powered by low-emission LNG or shore power where possible.