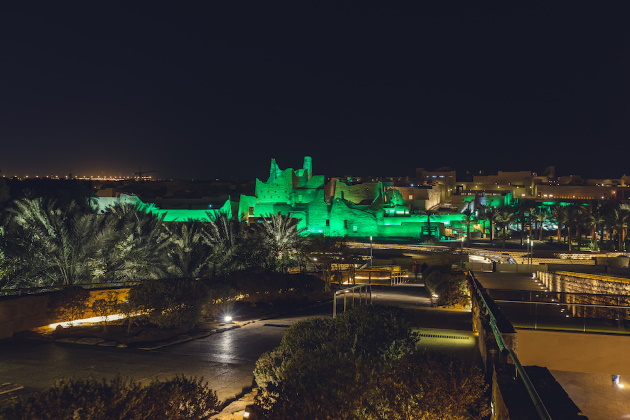 Much as a woman in a niqab may show her face for a flash before veiling under the dark of her robes, the Kingdom of Saudi Arabia has been exposing slivers of tourism possibilities to the west and then masking them again in a play of calculated flirtation — until now.

Travelers have long held the Kingdom as a bucket list destination. But, until now, Saudi Arabia remained off-limits for all but the most hardened travelers.

All that changed in September, when Saudi officials announced that, for the first time ever, an official tourist visa will be available through offices of the Kingdom and citizens of 49 countries will be able obtain visas online and on arrival.

Applications for the visa can now be made at Saudi Embassies and Consulates across the world and, at the same time, citizens from 49 countries, including the United States, will also be able to apply for an e-visa online or get a visa on arrival into Saudi Arabia. A dedicated online portal at visitsaudi.com has been launched and electronic kiosks are available at airports.

The following are the 49 countries that will be eligible to apply for e-visas and visas on arrival: The tourist visa allows for a stay of up to three months or 90 days per entry, and is valid for one year, with multiple entries. The cost of applying for an e-visa or a visa on arrival is $117 plus VAT. Saudi Arabia intends to extend the e-visa scheme to other countries in due course.

Wary of western influence, the Kingdom of Saudi Arabia (KSA) is entrenched in a world of its own.

But under the Kingdom’s National Transformation Plan, the centerpiece of “Vision 2030,” the Saudi Commission for Tourism & National Heritage (SCTH) is currently investing some $7 billion on tourism-focused initiatives around the country.

Opening Saudi Arabia to tourism is a key milestone in the implementation of Vision 2030, which seeks to diversify the country's economy and reduce its dependence on oil. Saudi Arabia expects to achieve 100 million international and domestic overnight visits a year by 2030, attracting significant foreign and domestic investment and creating up to a million jobs. By 2030, the aim is for tourism to contribute up to 10% of the country's GDP, compared to just 3% today.

A robust sector development strategy underpins the launch of the new tourist visa. In the first phase of the program, from 2019 to 2022, the focus will be on attracting first-time visitors to "discover Saudi.”

The second phase of the program, from 2022 onwards, will focus on enticing visitors to "experience Saudi.” As part of phase one, over 20 new tourist sites will be developed, dramatically expanding choice and opportunity for visitors to discover the country's hidden treasures.

As part of phase two, the full development of Saudi's mega projects will come on stream, including NEOM, Amaala, the Red Sea Project, Al-Ula, Qiddiyah and Ad-Diriyah.

Underpinning Saudi's approach are a range of enabling initiatives including:

“Until now, those wishing to visit the inward Kingdom of Saudi Arabia had to prove their ties with Islam or get special dispensation,” said His Excellency Ahmad Al-Khateeb, Chairman of the Saudi Commission for Tourism and Heritage.

“For the first time, we are opening our country to tourists from all over the world. To those thinking of visiting Saudi Arabia, you won't find a warmer welcome anywhere in the world. And you won't find a people prouder to share the riches of their land with you. Make no mistake, this is Vision 2030 in action. We are delivering — supercharging a non-oil sector that will drive growth and diversify our economy for decades to come.”

However, if the Kingdom of Saudi Arabia is taking these initiatives a bit further and opening up for leisure or group tourism, few operators have been informed. Few western companies have been running scheduled departures into Saudi Arabia in recent years.

“It’s been very difficult to do tourism-focused business in Saudi Arabia,” said one U.S. tour operator from Universal Travel Services, a California-based company that facilitates travel in difficult regions.

“You can still go if you are a corporate traveler and can prove you have business there, however, even if this is so if you try to go through a consulate to get your visa you will find yourself getting very frustrated and making repeated trips back to the consulate offices. They are very, very strict. For instance, they may demand to see proof that you are married through an official marriage certificate when you have been married for several decades and might not have this document at your fingertips.” This comment was made prior to the recent announcement.

One U.S.-based tour company that has worked with Saudi Arabia for many years, providing pricey tours through a long-standing and hard-wrought relationship with the Kingdom is Mountain Travel Sobek. Those trips have involved small groups of 10 or so participants four-wheeling into the deserts and Empty Quarter to visit treasures protected over the millennia through dry air and a dearth of visitors. One amazing take-in is a UNESCO Cultural Heritage Site at Madain Saleh, where some 140 monumental tombs as intricate and magnificent as the Treasury at Petra in Jordan, spread out over 10 miles over burning sandstone. The most imposing of the tombs is Qasr Al Farid, carved from a single sandstone monolith, originally discovered by Charles Doughty, a British explorer who came upon it in 1876.

For travelers from the U.S. who may already be headed to Saudi Arabia for meetings or corporate matters, the Kingdom is wide open (excluding Mecca and Medina) for visiting and touring. As a rare guest within these boundaries, travelers should set out to target the top wonders of the country knowing it could be difficult to come this way again. Arrangements can usually be made through international hotels.

1. Madain Saleh: a necropopolis carved from stone in Biblican times by ancient Nabateans.

2. Najran: A colorful city of Najran on the Yemeni border with history, architecture and culture that blends in with the neighboring Yemen. (May be closed due to current military conflicts).

3. Farasan Islands: Jacques Cousteau loved to dive in the waters of Farasan Islands. It is a favorite for bird watchers with numerous historical sites on the main island.

7. Al Lith: A small town near Jeddah, it is the port for diving the Farasan Banks eco system with incredibly clear waters and amazing wrecks.

8. Edge of the World: Spectacular views here along the 500-mile Jebel Tuwaiq Escarpment.

9. Taif: A mountain city famous for its roses and rosewater.

10. Qassim: Find the northern towns of Buraidah and Unaizah here for cultural heritage and history, and a magnificent traditional marketplace.