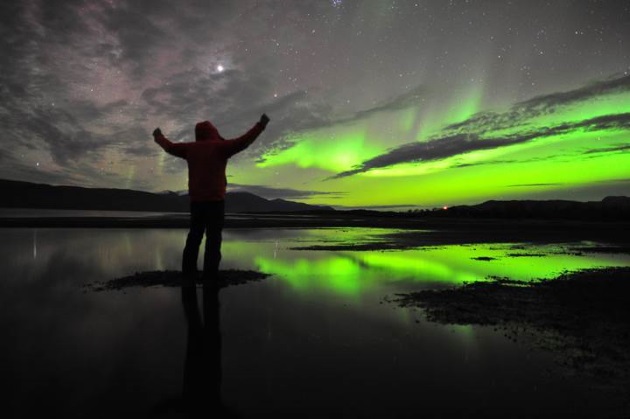 Image credit: Off the Map Travel

Dark tourism, a term more recently associated with quirky destinations associated with death and dying thanks to a trendy Netflix series, is now becoming popular with an unlikely fan base: families.

That’s because the term is taken for its more literal locution as a place where light is at its slightest and dark skies full of stars are at their brightest. Also known as "astrotourism," the concept is taking over in some spots, according to John Barentine, director of public policy for the International Dark-Sky Association.

The Tucson-based organization focuses its energies on battling light pollution and certifying dark sky reserves where one can see the heavens as clearly that those that once awed Greek philosophers and mystified Egyptian queens.

"We know the night sky has inspired people for many thousands of years," said Barentine in a 2017 interview. "When they are in a space where they can see it, it's often a very profound experience."

According to Phys.org, some 80 percent of North Americans live in areas where light pollution blots out the night sky. There are few places in the contiguous United States large enough and dark enough to attain "reserve" status.

Only 11 such reserves exist in the world. The first such designation happened in December when the Central Idaho Dark Sky Reserve became the first International Dark Sky Reserve in the United States, taking up 1,400 square miles in the Sawtooth Mountains as possibly the last massive pool of darkness left in this country.

The association also designates International Dark Sky Parks. There are around 40 of these in the U.S.

Death Valley National Park is one of those. The Oasis at Death Valley, alongside the National Park Service, has taken measures to greatly minimize light pollution in the area. Because of this, the park is designated as a "Gold Tier" Dark Sky Park, just 120 miles from Las Vegas — a city is often considered the lights and neon capital of the country.

At a recent visit to the Oasis Resort (a member of the Xanterra Travel Collection), which opened in January as a refurbished and rebranded version of Death Valley Ranch and the venerable Furnace Creek Inn, the resort staff partnered with park officials and amateur astronomers to give guests the chance to view planets bordering other galaxies.

These celestial sessions are given as regular tours and offerings in a number of amazing places. Jumeirah Port Soller Hotel & Spa on the island of Mallorca in Spain regularly brings in astronomers from the Astronomical Observatory of Mallorca to give visitors a tour of the vast bright skies around the Balearic Islands.

Hotels and resorts are only beginning to catch on to this trend and offer "Telescopes and S’mores" packages, but a few are getting ahead of the curve.

Meanwhile, there is nothing like the northern skies of the Nordic countries to deliver a sky show like none other, particularly stunning where the lights of civilization are far away. The Northern Lights season begins in late October and runs through March. And although the vast, dancing streams of the color spectrum are not a guaranteed spectacle, there are ways to maximize the wonder of looking upward, especially where sunlight is barely visible and then only for an hour or so each day. 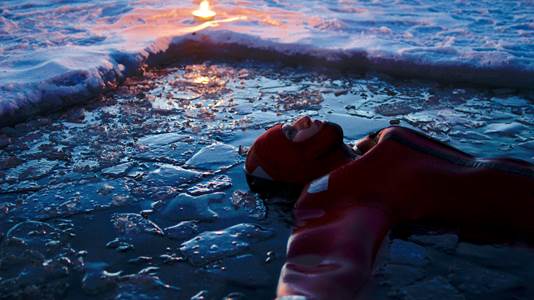 Image credit: Off the Map Travel

Off the Map Travel, a U.K-based Arctic tour specialist, allows visitors to float peacefully in a forest lake while contemplating the dark or dancing skies. The Aurora Floating Experience happens in the icy waters of Rovaniemi, Finland, as guests, outfitted in red, warm survival suits, await the appearance of the Aurora Borealis suspended in a weightless pool of awe.

"The Arctic is one of the best places to enjoy the night sky and the Northern Lights, and looking skyward while floating on your back is a really special way to enjoy them," said company founder Jonny Cooper.

"Although the Aurora can never be guaranteed, this is an experience that puts you in a wonderful position to search for the it. It can be quite spiritual, especially with the many local myths and stories surrounding the Northern Lights. The option to float under the stars amplifies the relationship with the night sky for a new and powerful Aurora experience."

So where are the darkest places on earth? Beyond the exquisite dark nights to be found in Idaho on the U.S. mainland, here are the reserves tabbed for spectacular views of the Milky Way by the International Dark-Sky Association:

Certified International Dark Sky Parks are also worth the wonderment. According to the IDA, these are places "possessing an exceptional or distinguished quality of starry nights and a nocturnal environment that is specifically protected for its scientific, natural, educational, cultural heritage, and/or public enjoyment." These include:

Then there are what IDA deems as certified Dark Sky Sanctuaries: These differ from Dark Sky Parks and Reserves in that they are typically situated in a very remote location with few (if any) nearby threats to the quality of its dark night skies.

The geographic isolation of Dark Sky Sanctuaries significantly limits opportunities for public outreach, so a sanctuary designation is specifically designed to increase awareness of these fragile sites and promote their long-term conservation. These include:

For those who plan to visit a Dark Sky destination, anchoring the trip around a celestial meteor shower might make that night glow all the brighter.

In the U.S., those remaining 2018 dates target the Orionids on October 21 (do note, the moon will be almost full that night and the brightness will inhibit star and meteor visibility). The Leonids get going on November 17 and the moonset is 2 a.m. Finally, the Geminids will shower on the night of December 13 when the moon sets late in the evening.