To quarantine or not? A question of trust 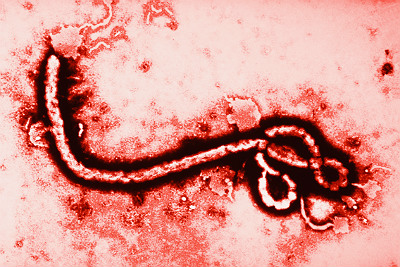 As the debate rages on regarding quarantines ordered by state governors, Kaci Hickox — the nurse who was ordered home quarantine — refuses to comply. So the national conversation continues.

Although all do not agree upon the current course of action, there are a few things we all agree on.

Serious situation: The current Ebola outbreak continues to grow at an alarming rate, with little hope of containment. As of Oct. 29, the World Health Organization (WHO) reports 13,703 cases with 4,922 deaths. The rate of infection is growing exponentially with no real relief in sight. The United States has experienced its first case and transmission, in which the first patient died, but the infected nurses have made a full recovery.

High mortality rate: Unlike other viruses, the Ebola virus has a high and quick mortality rate. According to the recent statistics, the mortality rate has decreased to 36 percent, from the previous 50 percent reported in recent months. However, once infected, if the patient does not receive prompt attention and care, their time to death is weeks, if not days.

Incubation period: According to most publicized reports, the incubation period for possible infection is 21 days. Most show signs and symptoms within 8-12 days after exposure, according to the Centers for Disease Control and Prevention (CDC). However, we need to remember that despite a negative blood test, the patient may still be infected.

Still learning: Although many public health officials would like us to think this disease has been around for a long time — it has, since 1976 — most of what we know is from small outbreaks and laboratory tests. As we have seen in recent months, we are on a huge learning curve as it relates to the care and management of this disease. In fact, the CDC just revised its guidelines on Oct. 27 — clearly we are still learning.

Military to be quarantined: Defense Secretary Chuck Hagel stated this week that troops returning from West Africa will be quarantined for 21 days prior to returning the U.S. This goes above and beyond the current CDC recommendations that require self-monitoring for low-risk exposure. The first waves of soldiers are currently being isolated at a U.S. military institution in Italy.

Trust deflated: As we have watched the United States' poor response to our small Ebola crisis, it has become clear to many healthcare workers that the current policies are not going to be effective should we want to contain any outbreak. Many feel the CDC was not strong in its seriousness of the initial recommendations for healthcare workers. We keep asking the public to stay calm and not fear, yet no reassurance comes their way.

Taxed public health system: As public health resources are already stretched thin, adding a situation of higher monitoring will likely tax already-depleted resources. For areas, such as Maine, where resources may be more limited, it does seem reasonable to quarantine. If Hickox should infect the public, every resource would need to be used to locate all potentially infected persons. Most health departments do not have such resources.

According to the current CDC guidelines, if those coming from an affected area have had a known exposure (needle stick, splash, etc.) or breach of their protective suits, they are to be restricted from public activities and travel. Again, we are supposed to just trust they will be honest? Most don't even know that their suits have been breached, as we have learned from the other American cases.

As a nurse, Hickox needs to set an example. It appears she wants to make a point that she is not infectious, but her message is not being heard through its delivery of selfishness. The public trusts nurses, and we take our role of promoting public health seriously. By her actions, Hickox is actually becoming a health hazard by raising the anxiety of the public. In some circles, that alone should have her quarantined.

Most nurses I speak with are having a hard time understanding why she does not just comply. Hickox should be an example that most nurses would be for the public — demonstrate care and compassion, do her best.

Instead, she wants to grandstand, violate the state's public health order and go out on a bike ride. Personally, I am saddened by her actions. She had an opportunity to deliver a message, to talk about the science and what we know so far, to educate the public and share her experiences. Instead, her message will not be heard as the media and political battle continues, and she contributes to the conversation of mistrust by the public.

So, should returning workers be quarantined? I think their movement and public interaction should be severely limited. But, as we learned, this may not be feasible, and drastic measures may be taken.

Extraordinary times call for extraordinary measures, and now is the time to err on the side of caution. I'd like to you hear your opinions on the matter as policy and science try to keep up with the current situation.