The importance of talking about death 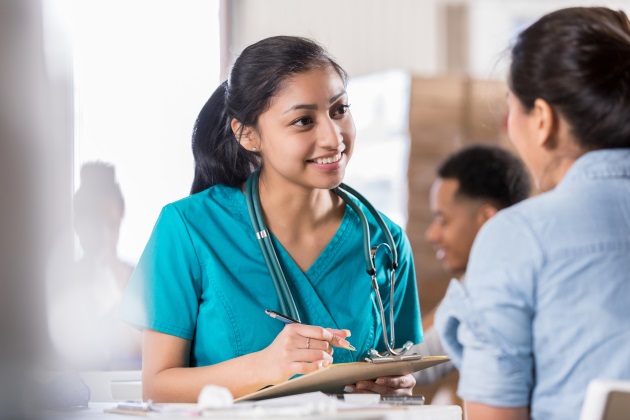 Inevitably, when we are together, my adult son shepherds people my way introducing me as, “My Mom, who knows all about death.” We were just together in San Francisco at a tech startup conference and he did it again.

When I reflect on the myriad interactions I had that day, 20-somethings were the bulk of who I spoke to. Young people are wondering about death, too, and want — even need — to talk about it.

Perhaps death was on everyone’s minds a bit more because this event coincided with Dia de los Muertos (Day of the Dead) and Halloween festivities. Reimagine End-of-Life, now in its third year, was in full swing there. It’s a community-wide, weeklong event exploring life and death. Two of my hospice and palliative care heroes are on its Board: Ira Byok, MD, and BJ Miller, MD.

One youthful man at the conference engaged with me for over an hour, first in a fascinating philosophical discourse; then, more personally, describing himself as being in an “in-between state.” He had already made his fortune and was now seeking ways to give greater good.

He spoke of meditating frequently on death — finding it a superb practice that informs his living; yet, not being able to find others willing to talk about it. His eyes lit up when I spoke to him about having finished facilitating “A Year to Live” group earlier this year. He was ready to sign up!

The “A Year to Live” experience is magnificently summarized by Learn Out Loud:

“If you only had a year to live, what would you do? In his work with the dying, author Stephen Levine observed the radical changes people can make in the face of death — how they heal relationships, open up to love, act on plans put off for years, even quit dead-end jobs. Levine challenged himself to live an entire year as if it were his last — and in this revealing narrative he shares what he learned. Through a series of month-by-month practices anyone can do, and including special meditations and exercises, A Year to Live teaches a way to live every day of your life with vivid fullness.”

I also referred him to Death Café. Several of us organized one last year in a tiny Texan town wondering if anyone would even show up. It was packed!

People gathered together to eat brownies, drink tea and talk about death. Part of the purpose of Death Café is to help folks make the most of their (finite) lives. It’s a discussion session rather than a grief support or counseling group.

This year my Texas colleagues are offering Death Matters, focusing on family-directed funerals and green burials. Not only can we plan how we wish to die, we can prearrange how we’d like to be remembered and disposed of after we’re dead.

Another conference participant talked about his mother who has lived a fabulous life; yet, as she becomes more and more disabled, she now wants to die. She keeps telling him to take her to Oregon to end her life. Death with Dignity and Medical Aid in Dying are both available in California so they wouldn’t have to go far.

That’s not what I focused on, though. I mainly listened and offered empathy. I also stressed the importance of making sure pain, depression and other issues are well addressed; hospice and palliative care experts excel at relieving suffering and enhancing the quality of life.

Later, finally alone and quiet together, I asked my son, “If you only had one year left to live, would you do anything differently right now?” He said, “No.”

May we all be so fortunate. Let’s keep this conversation going.