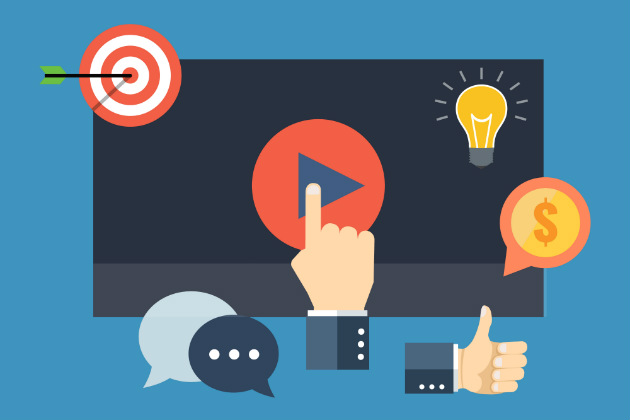 Facebook-owned company Instagram is just the latest social media company to step its game up when it comes to video. The company recently announced it will begin showing the number of views a video receives in hopes of becoming a rival to other online platforms such as YouTube when it comes to advertising.

"If you want to attract branded content, having a view count is essential," Richard Broughton, research director at Ampere Analysis, told CNBC. "Unlike ad impressions, for which your campaign management will deliver detailed statistics, for branded videos and product placement there isn't an obvious, independent and verifiable currency for measuring the success and reach of a series of videos. Publishing a view count means that brands are no longer reliant on statistics shared by the video creator and can independently check performance of videos featuring their product and brands."

Instagram already has two video products under their wings: Hyperlapse, which speeds up video, and Boomerang, which takes a burst of photos and puts them together into a video that can loop forward and backward.

"From seeing the world's moments as they happen to checking out a brand's new shoe line, people are consuming more and more videos every day. In fact, over the last six months, the time people spent watching videos on Instagram increased by more than 40 percent," Instagram noted on its blog.

Instagram's parent company Facebook has also seen a jump in numbers when it comes to video. On Facebook, average daily videos views have increased to about 8 billion from 500 million users on the social media site.

In July 2015, CNBC reported that Facebook was testing a video-advertising feature that could rival YouTube. Users would see a section on their newsfeed called "Suggested Videos." When users click on a video, a pop-up will appear with a scrolling carousel of recommended videos to watch. In between those videos would be an auto-play of advertisement videos.

"For Facebook, because content creators now have an incentive to put videos on the social network, that will create more content on the platform, more people viewing and potential new opportunities for advertisers," Broughton said.

As more and more social media platforms dig into video, it is essential that marketers take heed of this new outlet of advertising as it continues to rise.

Here's how marketers can keep in mind when it comes to video marketing.

According to Wyzowl's survey: The State of Video Marketing 2016, 77 percent of consumers say they've been convinced to buy a product or service by watching a video. Videos allow your business to educate consumers in a comprehensive and creative format that highlightswhat your brand or product can do for them.

A study conducted by Microsoft Corp., showed our attention spans have dropped from 12 seconds to 8 seconds.

Facebook reported that users clocked in 100 million hours of video watching on its site. The average length of video on Facebook is 44 seconds. Videos that run less than 21 seconds did better as far as completion rates.

It is vital for advertisers to keep videos short to retain the viewer's attention. When it comes to videos, shorter is better.

3. The sound of silence

Most auto-play videos on Facebook or Twitter don't have sound, but marketers are quickly learning how to adapt.

"We talk about this all the time," says Mike Haynes, global digital marketing manager at Ben & Jerry's. "Over the last six months, it's picked up."

Haynes told The Wall Street Journal that Ben & Jerry's has learned to produce videos that aim to communicate without sound.


In a commercial shared on Facebook, viewers can see the ice cream brand, then screen text to convey the company's message without sound.

Technology company Cisco has predicted that 80 percent of Internet traffic will be streaming video content by 2019. Make sure your video has a catchy title or hashtag to make viewers want to watch.

With so many videos on the Internet, make your message appealing to viewers so they push play. Feature your video on as many social media platforms as you can. YouTube, Twitter, Facebook, Snapchat, etc., are just some of the platforms to share your brand or product on.

By next year, eMarketer reports that social network ad spending will reach $35.98 billion, representing 16 percent of all digital ad spending globally. Now is the time for marketers to get on board.