The future of surveying? Quantum computing and blockchain 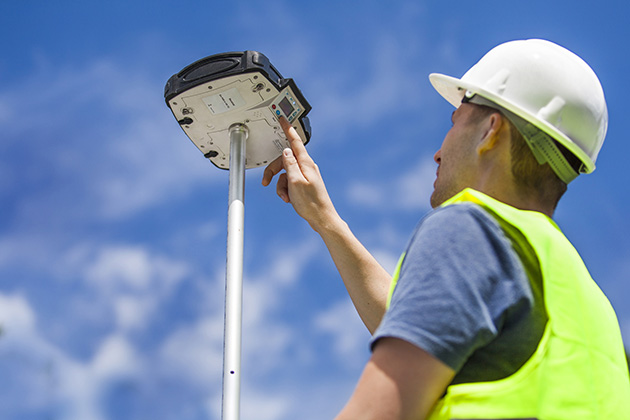 GPS for the surveyor in private practice has become ubiquitous.

Forty-four years ago, the U.S. government introduced the global navigation satellite system — what's known today as GPS. I remember attending a seminar where this amazing technology was described with speculation about its application in surveying.

The primary purpose of GPS was as a navigation system, but in its ability to solve positioning with precision, some futurist thinkers in the surveying profession could see an application, not only for the geodesist but for the land surveyor as well. To a flat-land surveyor familiar with chains and links, this was Buck Rogers stuff and highly theoretical.

In those early days from 1978 to 1985 during which the first constellation Block 1 satellites were launched, our own ACSM futurists — like Larry Hothem — were explaining to us how GPS was about to change our world.

Since then, a total of 70 satellites have been launched into the system with 32 currently in healthy orbit. GPS for the surveyor in private practice has become ubiquitous; the rest is history.

Now fast-forward to 2017 when things like quantum computing and blockchain technology are being discussed with wonder and speculation that these could be the beginning of something big, like the advent of GPS all over again.

Quantum mechanics is that branch of theoretical physics that seems to contradict everything about classical physics upon which computer technology is based. We read about quantum flexibility theory, string theory and quantum fluctuations and the new D-Wave Computer. One writer has called it "the black box that could change the world," able to process unheard of volumes of data at ever greater speeds.

As an example of the possibilities, our attention is drawn to the challenge of dealing with the so-called Big Data produced by "the internet of things." In the (theoretical) smart cities of tomorrow, thousands of sensors will collect millions of bits of data for municipal administration over everything from traffic control to voting patterns. Only the processing marvels of quantum computing, it is said, will be able to handle the information overload.

Blockchain technology is no less exciting­ and equally mysterious in its potential applications for us. The block chain has been described as an electronic digital auditing system in the cloud. One of its anticipated applications — aside from bitcoin and other cryptocurrencies — is a virtual cadaster-in-the-cloud in which property records will be maintained and made accessible from any location with perfect accuracy and security. Several FIG commissions have added blockchain to their areas of study.

In the mid-1970s we watched and wondered at a technology that might or might not have relevance for the surveying profession. But with the global satellite navigation system, we could understand that measurement — a subject dear to our hearts — was part of the promise.

With quantum mechanics and block chain technology, it is more difficult to see clearly how the surveying world will be affected.

But stay tuned: Our new wave of young, tech-savvy surveyors will see it and adapt to everything new as we once did with the digital computer and GPS. And somewhere there's a young Larry Hothem who will explain it all to the rest of us.

Robert W. Foster, PS, PE, of Hopkinton, MA, is in private practice, offering professional consulting services nationally in arbitration, dispute resolution and litigation involving surveying and civil engineering issues. He is past president of the International Federation of Surveyors (FIG).