The differences among ESL program models — Part I 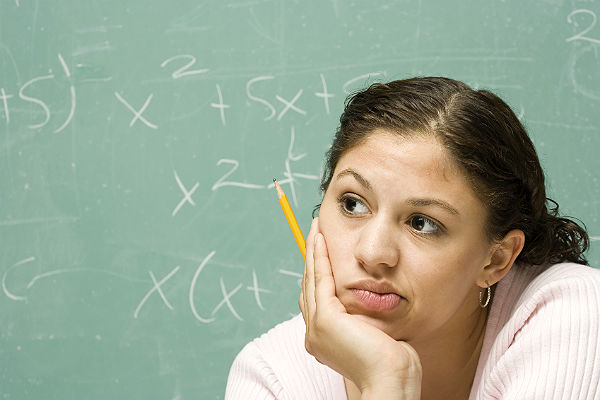 What drives the program choices for language students? In theory, it should be the needs and abilities of these students, an understanding of language learning along with different cultures as well as the available resources such as labs, libraries and computer-assisted instruction.

The various models and program types for ESOL will be discussed here.

There is essentially no real program. This is the typical "sink or swim" model of L2 acquisition. Students are placed in regular classrooms with no language support. The theory is students will just pick up English by being around it.

However, this theory has a design flaw.

If the students face a barrage of language without any comprehension, acquisition will not occur. Language acquisition occurs when the L2 input is comprehended even if the level is a little higher than the student's level, according to Stephen D. Krashen and Tracy D. Terrell:

"According to the input hypothesis, language acquisition can only take place when a message which is being transmitted is understood, i.e. when the focus is on what is being said rather than on the form of the message. This could be referred to as the "Great Paradox of Language Teaching": Language is best taught when it is used to transmit messages, not when it is explicitly taught for conscious learning."

Newcomers are often placed in regular classes upon arrival, concurrent with "pullout" classes, and they are rapidly exited from the special programs. The problem is they will be placed in classes with native speakers before they reach an academic level of proficiency.

The predominant activity in native speaker classes is teacher-led discussion, where the teachers initiate three-quarters of the questions. But the input is not adjusted for L2 learners. Learners have particular trouble understanding input that is sarcastic, ironic or contains puns. Learners are also frustrated with teachers who speak fast or who often depart from the topic at hand.

Linda Harklau reports what one student said of a teacher, who frequently digressed and talked about his Navy days:

"I don't want to spend my time to listen to something I don't understand. ... When my words come through my brain, and I couldn’t, like, have time for me to understand? And then, when I take the time to understand, then he is speaking another stuff."

Non-ESL teachers often seemed to be at a loss in dealing with L2 learners' grammatical and vocabulary errors. They lacked the linguistics background that would let them explain to the learners why their language was wrong. In this case, they ignored the students' errors.

On one paper, the teacher wrote, "Syntax needs work — you lose clarity because of your expression." These comments indicate mainstream teachers were not sure how to deal with ESL learners. They lacked the linguistics background that would let them explain to the learners why their language was wrong.

There is a downside to mainstreaming as seen in the following comments in this article by The Washington Post:

Submersion does not lead to proficiency as some advocates think. Mere exposure to the language may facilitate rudimentary social communicative skills, but it is not sufficient for the students to use in an academic setting where their skills can be at near-native proficiency. They may end up using a pidginor — an interlanguage.

Submersion will work for young students still in L1 acquisition, but older L2 speakers will need intervention, otherwise interlanguage will lead to fossilization and "terminal 2 syndrome." Also it ignores the L2 culture and what these students can contribute.

These are full-day ESL programs where the students spend the entire day with certified ESL teachers. Instruction may be content-based and students will be in "sheltered" content classes, i.e. "ESL Civics."

However, they will not receive as much content-area instruction as native speakers on the same level, and students in full-day ESL may fall substantially behind their peers in academic subjects because they are not receiving instruction from the general curriculum.

L2 students leave their regular classroom to receive ESL instruction. Often the result is a mixed-ability group of varying ages in the ESL class. What is the problem with pullout ESL? There is no link between the content and progress of the ESL class and the other classes.

"In the schoolwide competition for time, ESOL pullout teachers almost always lose. ... Schedules do not allow writing to evolve in an ongoing workshop. In a 30-minute class you just get started when it is time to go. You may see the students again for a whole week. Other problems may occur when ESOL time is preempted by other school activities. The ESOL teacher's role in relation to the mainstream class may be ill-defined. Is the ESOL teacher just a tutor who should only supplement classroom work? Or is he required to come up with original material?"

It is important to note that for some students, the classroom may be their first contact with English.

Some of the people who are entering ESL programs are encountering English for the first time. Others have been in the United States long enough to have acquired some basic listening and speaking skills, but they are unable to read or write the language.

Some students may have a non-Latin alphabet for the L1, or they may have learned French or another language as their second language while others may lack formal education.

Check out Part II of this article.