The decline of the empty nest: Millennials head back to the roost 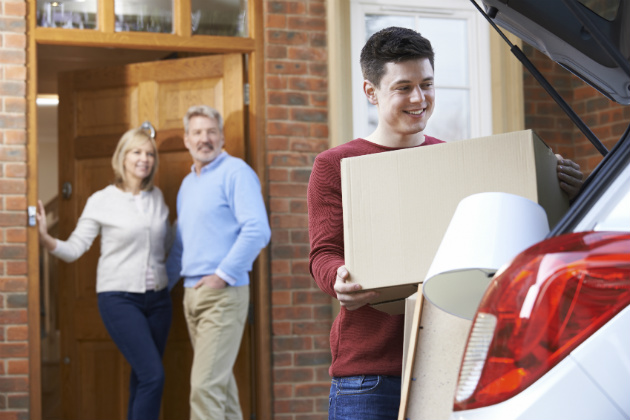 Mature roommates, renting the second floor, living in mom's basement — call it what you want — but millennials are doing more of it. Living with your parents is no longer seen as the last option on your post-collegiate journey — it is now looking like one of the frontrunners.

According to a new study by Pew Research Center, millennials are more likely to live with their parents than with a spouse or partner. In 2014, 32.1 percent of adults ages 18 to 34 were kicking it with good old mom and pop, compared to 31.6 percent who were married or cohabiting.

Since when did it become cool to go back to the roost? Economic and social factors both play a part in this culture shift.

The typical U.S. woman now marries at 27.1 years old, the typical man at 29.2, according to census data. Millennials are getting married and settling down later — especially males. In 2014, according to the study, the percentage of young adult men who were shacking up with their parents (35 percent) exceeded those who lived with a partner or spouse (28 percent). For women, the numbers were flipped (29 percent vs. 35 percent).

It is not a matter of not wanting to get married though, as further studies suggest. According to a poll by the American Family Survey, most millennials simply prefer to put off marriage until they accomplish other important milestones, including cohabitation with a partner, attaining an education and home ownership.

The survey also indicated owning a home was placed at a higher importance than marriage — with 39 percent believing so. The inability to own a home, in fact, is also a major reason why millennials are heading back to their childhood dwellings.

Crushing student loan debt and a lack of savings put an immediate pause in entering the land of homeownership. According to a study conducted by Slate, student loan debt now outpaces credit card debt, with the average household owing $48,000. That, coupled with an empty savings account, sends the newest graduates running back home to mom and dad.

The final nail in the coffin was in large part due to the Great Recession beginning at the end of 2007. While there have been minor economic upticks, millennials felt most of the burn. With a weak job market, millennials furthered their education in hopes it would make a turn once they graduated. Mom and dad served as a safety net in hopes to fend off further living expense debt — but in many cases it turned into a long-term scenario.

As long as millennials continue to prefer riding solo, economists and researchers don't believe this trend will change anytime soon. With more focus on education and career advancement with millennials, where those milestones occur becomes less of a priority.

With a small price to pay of dad jokes and evenings of Wheel of Fortune and TV trays, this group still feels like they are coming out ahead.