The death and rebirth of journalism: End of an era 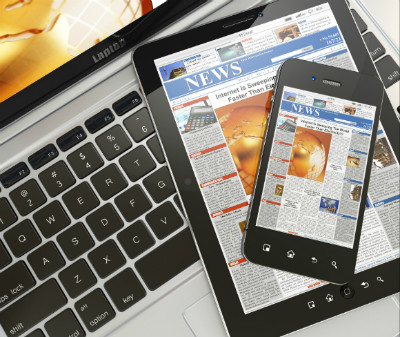 This is the first of a three-part series on the changing landscape of the journalism industry:Part I | Part II | Part III

On Sept. 16, Washington, D.C., police alerted the public to the existence of an "active shooter" on the grounds of the Washington Navy Yard. When I first learned of the incident, I logged onto WashingtonPost.com and found nothing. My next step was Twitter.

Twitter offers news in a medium that appeals to the contemporary news hound in a way that the Post, The New York Times and CNN don't: short and concise tidbits in 140 characters or less.

More importantly, it’s fast. The speed of news is quickly approaching that of sound, and if an outlet cannot keep up, it quickly falls into irrelevance. Initially meant as a way for distracted teens to communicate the trivialities of their lives, Twitter has become the de facto hub of real-time journalism.

On that day, the Navy Yard shooting was trending, with several online outlets promising updates as soon as details were available.

After a few moments, I returned to WashingtonPost.com and saw the page had refreshed. At the top was a breaking news mention of the event and a three-paragraph blurb offering little more information than what I was able to find from the teenagers, celebrities and amateur journalists who had scooped the decades-old news institution.

So what is the appeal of more traditional news outlets?

Every Sunday, after church, my father would pick up a copy of the Washington Post.

I remember sitting in our car’s backseat while we pulled alongside the curb at the corner of Minnesota Avenue and Ely Place in Southeast Washington, D.C., where old men would Frogger through bumper tapping traffic with armpits of folded newspapers to exchange for pocket change.

For reasons I couldn't quite grasp at the time and only tenuously do so now, it seemed important to my father that we do this. To him, it was a duty at the most; at the least it was simply something he did to bookend each week — an obligatory and quasi-responsible ode to the experience that is adulthood.

The Internet’s incessant digital hum hadn't yet begun, and the nightly local news could only be viewed after sensible people were long asleep. So this was his open door to the realities of an outside world that he was far too busy to notice during the week.

Me, I just wanted the comics.

Early memories of the Washington Post are usually punctuated by major events in either my life or the country’s conscious. In 1990, when Mayor Marion Berry was arrested — for the first time at least — we bought a paper.

When Washington, D.C.’s, football team won Super Bowl XXVI, we bought a paper. When my father, maternal grandfather, brother and I attended the Million Man March in 1995, after some yelling about our pants being too low, we bought a paper.

I’m assuming you've noticed a pattern at this point. The Washington Post wasn't just a paper. It meant more.

Each edition was a trophy. A physical remembrance and a tribute; we bought and held an edition in recognition of any chronicled moment in time that had, because of circumstances, erupted into some crystalline, precious jewel with spiked tendrils, reaching out and affecting time for eras to come.

That’s what the Post — the physical Post — meant to me. So it was through this lens that you would understand I found myself a bit upset when I heard the news: On Aug. 5, 2013, the Washington Post had been purchased. Not just by a Washington, D.C., area outsider, but an outsider representing the new digital age of instant media.

Jeff Bezos, founder and CEO of Amazon.com, had put the nail in a coffin that had slowly been closing on an era — my era — for quite some time.

Sadly, I couldn't buy a paper.

Stay tuned as Part 2 examines how the Sept. 11 terrorist attacks exposed flaws in the newspaper industry.

Where to you turn first for news?