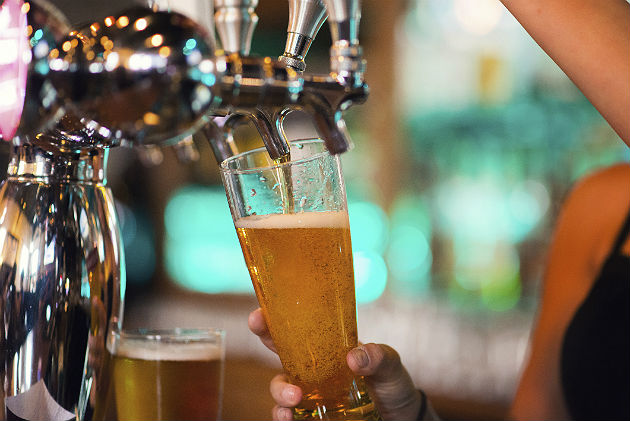 Remember when getting crafty meant breaking out the Popsicle sticks and glue to create the latest whimsical idea that popped into your head? Ah, those were the days.

But never fear! The days of craft are not gone. In fact, a craft movement is happening as we speak. This time Popsicles and glue are not involved — beer and coffee are the mediums of choice. Watching how science and creativity are coming together in this movement for these two industries is exciting.

In this two-part article, we'll take a look at where this movement came from and why more people are jumping on the bandwagon. Let's start with the world's most widely consumed beverage, beer.

Beer has been enjoyed the world over for centuries. And in the United States, we've seen beer come a long way since the Prohibition days.

Shortly after Prohibition ended, breweries began to start up production again. However, the onset of World War II quickly inhibited small breweries from getting too far. Rationed grains and vocal prohibitionists — who claimed the breweries took away from the manpower, grains, fuel and cargo space that should have gone to war overseas — were the enemies.

Brewers in turn were vocal about the health benefits of brewer's yeast in beer. The vitamin B content of the yeast could help soldiers and factory workers perform better. This and the amount of taxes coming in from beer sales convinced the government that 15 percent beer production [for servicemen] was justified. Now breweries needed to capture the hearts of the American people.

With war raging in Europe and the Pacific, morale in America was low. Major breweries came together to create the "Morale is a lot of Little Things" campaign. In a 1942 advertisement, the campaign was well summarized:

"If you're a man, it's a shine on your shoes ... the sweet feel of a fly rod in your hand ... If you're a woman, it's a tricky new hair-do maybe ... or a change of lipstick. Morale is a lot of little things like that. People can take the big bad things ... the bitter news, the bombings even ... if only a few of the little, familiar, comforting good things are left."

Beer production rose 40-plus percent while the U.S. was at war, despite the low number of active breweries. This growth led the way for large breweries to dominate the market.

But not for long.

Due to consolidation and dominance of major American brewers by the 1970s, the country saw the fewest number of breweries in its history. At the same time, small breweries were emerging, and the craft movement was just beginning.

In 1976, the first microbrewery since Prohibition, New Albion Brewing Company, was opened by optical engineer and homebrewer Jack McAuliffe in Sonoma County, California. Though it was only in business seven years, it created in the community an interest in craft beer, and therefore set a precedent and paved the way for future generations of craft brewers.

A couple of years later in 1978, H.R. 1337 was signed into law, legalizing homebrewing — the production of small batches of beer for personal consumption. Homebrewing became a popular hobby in the 1980s and 1990s. It is because of this popularity that in the mid-1990s many homebrewers launched their own business ventures.

The U.S. has since seen the revival of a brewing culture and widespread growth of small breweries. To give you a scale on that growth, in 1978 there were 42 breweries in the U.S. By 2012, that number rose to 2,750-plus breweries.

Not too shabby for making a comeback.

The Brewers Association defines craft breweries as being small, independent and traditional. But don't let "small" and "traditional" fool you.

A craft brewer produces 6 million barrels of beer or less annually. At least 75 percent of the brewery is owned or controlled by an alcoholic beverage industry member who is not a craft brewer themselves. The brewer is traditional in that the majority of its total alcohol volume in beers have flavors derived from traditional or innovative brewing ingredients and their fermentation.

The good news is this is the best time to be a beer lover. The average American lives within 10 miles of a brewery. And because these breweries are founded on innovation and creativity, there are more beer styles and brands to choose from than any other point in history.

So many choices, so little time.

But why, you ask? Why craft breweries versus macrobreweries?

Because it's personal. In every glass of craft beer consumed you can taste the passion that went into creating that beer. There is a level of complexity — in the process and styles — that can't be matched by larger breweries. Craft brewers are involved in their communities through volunteering, sponsoring events, etc. And each brewery you visit, you'll notice the distinct and individual ways in which they connect with their customers.

Simply, craft beer is treasured, not only in the U.S., but also around the world by those who see it as much more than a fermented drink. It's creativity. It's independence. It's community. It's so many things to so many people.

Find your local craft brewery today. Taste the passion and let it mean something to you.

Lisa McReynolds Smith is a communications professional based out of Colorado Springs, Colorado. Born and raised in Texas, Lisa studied communications and photojournalism at The University of Texas at Arlington. Her editing career started with a copy editing internship at American Airlines for their in-flight magazine American Way. Since then, she has taken up myriad opportunities to share relevant content for businesses and associations across various industries. In her off time, Lisa enjoys exploring all that Colorado has to offer with her husband and rock-climbing Alaskan Malamute.