The coronavirus threat to US education: Part 2 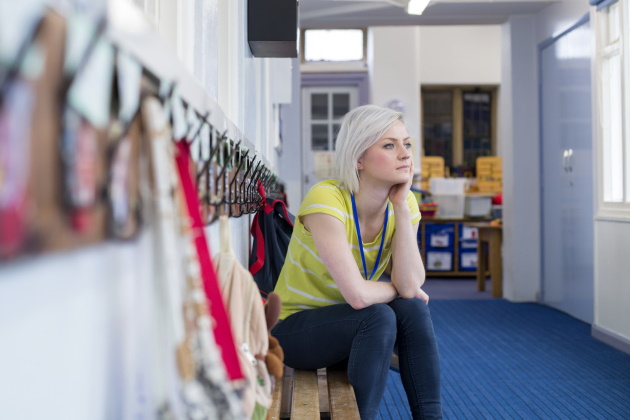 In part one of this two-part series, I explained that the consequences of this pandemic for school funding will be severe. But for teachers, that’s only one of several problems, as I explain below. If you haven’t read the first article, here’s the link.

How Many U.S. Public School Teachers Will Lose Their Jobs?

We don’t know yet, of course, but during the Great Recession of 2008 nearly 300,000 teachers (and support personnel) lost their jobs. Job losses in the coming pandemic-related recession will likely be at least this bad.

For reasons I gave in the previous article, it’s almost inevitable that the coming recession will shrink funding from both property taxes and state government to a considerably greater degree even than the funding cutbacks in the Great Recession. Teachers in less-affluent districts will be hit the worst. The inequality in education funding that existed before increased greatly during the Great Recession. Nothing has changed in the 10 years following that recovery that would make this increase in inequality any different in the coming recession.

One thing that helped a great deal in the previous recession was the creation of the State Fiscal Stabilization Fund (SFSF). Under the authority of American Recovery and Reinvestment Act of 2009, $53.6 billion was contributed to public schools; without that, job losses would have been considerably worse. Will Congress pass a similar act in this recession? We shall see.

How Will School Support Systems Change?

As most teachers will tell you, during the last recession, the systems supporting teachers —ranging from librarians and maintenance personnel to in-service training programs — all suffered major cutbacks. This may or may not be true this time.

How Will Teachers Respond?

According to a study conducted by the National Center for Education Statistics, in the last recession 17% of public school teachers who were at the beginning of their careers left the profession entirely. The “leaver” rate was somewhat higher for teachers in private schools.

This isn’t good for schools and, of course, not good for those young people who left careers they’d spent years preparing for, but it’s actually less bad than some sources have earlier claimed — like everything else in this country, it seems, teacher employment outcomes have become politicized.

One reason that fewer teachers left the profession than some have stated is that leaving your job at the beginning of a recession is risky unless you already have a job lined up. A related statistic supports this: a National Bureau of Economic Research report shows that the quality of teacher hires measurably increased during the last recession. To look at this from a slightly different perspective, in a recession jobs are scarce, so qualified individuals that might not have gone into teaching in normal times entered the profession when other job opportunities declined.

In the last recession, as teacher layoffs began, many teachers who remained nevertheless left for other school districts. An American Education Research Association paper notes that studies support the view that many of these who switched jobs left poorer school districts for ones that were better funded — a rational move from an individual perspective that, unfortunately, has further increased the inequality of U.S. public school educations. There is no reason to think this same trend will not extend into the coming recession.

The Consequences for Students

Several studies, the Learning Policy Institute’s among them, confirm that teacher churn, while not good for students generally, is particularly bad for disadvantaged students. For one thing, a teacher who leaves a disadvantaged school district in a recession in order to take another job in a comparatively affluent school district is likely going to be one of the first school district’s better teachers — that’s why, even in the middle of a recession, they can make that switch.

The teacher who replaces the one who left is likely going to be less experienced and less qualified. Data from the Office for Civil Rights shows that school districts “serving children of color are about four times more likely to be assigned uncertified teachers.”

What Can Be Done?

As I admitted in the opening of the first of these two articles, I don’t have solutions to offer. At this point, it’s not evident that any exist. Probably the one thing that can lessen the negative impact of the coronavirus pandemic on our public school education system is the provision of emergency federal funding to make up the gap as state and municipal funding dries up.

During the last recession, the federal bailout for school funding was opposed by every Republican in the House. Since Democrats were then in the majority, the bill passed anyway and was signed by President Obama, a process explored in some detail in “Coping with Crisis: Government Reactions to the Great Recession,” available on Amazon.

Now that Republicans control both the Senate and the Presidency, will there still be a bailout for schools in the coming recession? It’s possible.

When Democrats controlled government, especially during the first Obama term, Republicans opposed other recession-related federal spending initiatives, ostensibly because the federal deficit needed to be reduced. Once Republicans assumed power in 2012, however, they passed bills that substantially reduced income tax rates and, consequently, increased the federal deficit to an all-time high.

It seems in retrospect that a lot of what at one time were political disagreements based on genuine philosophical differences have become disagreements based on partisan opposition. If that holds true in the current crisis, perhaps it will be Republicans who will bail out the schools. In the absence of substantial, strategic federal planning and funding, the plight of teachers, already generally demoralized by low wages, crowded classrooms and seemingly arbitrary political interference, will soon get a lot worse.