The coronavirus threat to US education 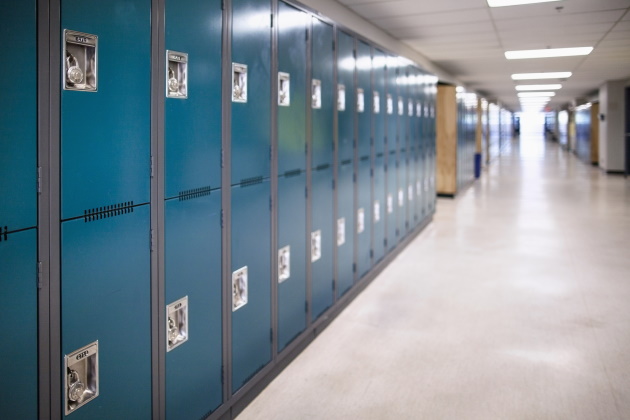 Like everyone these past few weeks, I’ve watched the rapid worldwide spread of the coronavirus with alarm. But the emphasis in the media so far has largely concentrated on lives lost and political missteps — both of them significant and disturbing subjects.

But nothing I’ve read seems to describe adequately the impact on American families, probably because the worst is yet to come. It’s a huge subject, so here I’d like to concentrate on the implications of the virus for U.S. education. This, by the way, is not an article proposing various achievable remedies. There probably aren’t any at this point and remedies may come only after the economic consequences and political repercussions further worsen.

Let’s begin by acknowledging the near certainty of the recession the virus will provoke. This past week, JPMorgan analysts projected a severe recession hitting the U.S. economy as soon as July, as little as four months from the date of this writing.

Specifically, they predicted the economy will contract by 5% in the next six months. To put this in context, it took a better part of a year for the economy to shrink 6% in 2008, the first year of the U.S. Great Recession, the worst since the Depression of the early 1930s.

Who Gets Hit the Worst?

This recession is going to be particularly hard on individuals, less so on corporations. As this pandemic plays out, corporations may be badly damaged, but most have the financial resources to survive. As facilities close, for instance, both through mandatory closures and because there are fewer customers, corporations can mitigate losses through layoffs.

On the contrary, as Robert Reich reported in The Guardian, about 80% of American workers live from paycheck to paycheck — they have no reserves to draw on. While some — hopefully many — corporations will do what they can to lessen the blow for their laid-off workers, the reality is that many American workers will soon be laid off with little notice or compensation.

A disturbing harbinger of how this could work was provided on Friday, March 13, by Whole Foods CEO John Mackey, who proposed that the layoff problem could be partially solved if workers from the Amazon-owned supermarket chain donated funds from accumulated sick leave that laid off workers could then draw from. In other words, don’t expect a lot of support from industry.

And so far, the government’s response has been almost ludicrously tight-fisted. As of March 14, the administration has approved a total of $8.3 billion, only some of it earmarked to help individuals through the crisis. Many mainstream economists think keeping families solvent and intact would take at least 10 times that much.

What Does This Have to Do With School Funding?

Quite a lot, actually. Public schools in this country are funded primarily by property taxes and state funds. In California, for instance, for the 2018-19 school year, the state contributed 58% of school funds, property taxes accounted for 32% and the federal government contributed only about 9%.

The money available comes primarily from property taxes and state income taxes. So, as workers are laid off, they contribute less in state income taxes and, in a more complex dance, less from property taxes as well. A lot of the latter has to do with property value declines, and the usual and awful things that happen in a serious recession — homeowners default on mortgages, lose their properties and then these properties are sold at steep discounts. The municipal authorities either voluntarily re-assess these properties or the new homeowners demand reassessments. Either way, the value of the house goes down, often dramatically, and so does the associated tax revenue.

Property taxes don’t automatically follow suit — in the 2008 recession, for at least the first year there was little or no decline, largely because municipalities raised property tax rates accordingly. But at some point, when the recession is severe, homeowners simply can’t pay the assessments, defaults follow and then a number of things will happen.

A taxpayer revolt is one of them and at some point it becomes politically imprudent to try to keep the funding going by pounding on homeowners who are increasingly stressed (economically and in other ways). Finally, property tax assessments do drop and in consequence the money available to fund public schools goes down sharply as well.

In the second article of this two-part series, I’ll continue to track down the likely effect of the coronavirus pandemic on U.S. education, turning next to teacher layoffs, the probable decline of teacher support systems and the consequent teacher churn. I’ll also write about the effect of this on teacher morale — this last part only briefly, because although it’s important, it’s also pretty obvious.