Telehealth use up dramatically nationwide 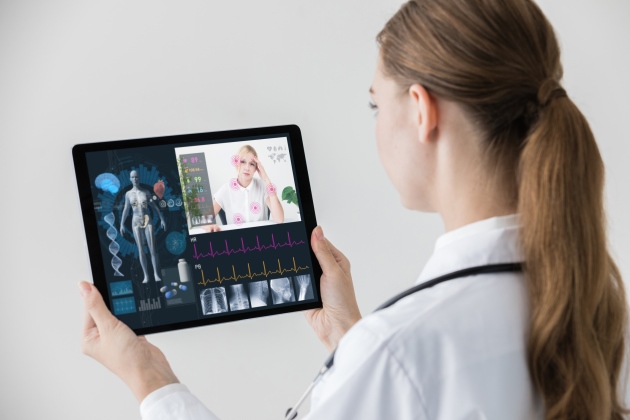 Telehealth use rose by more than 50% from 2016 to 2017, according to a new white paper by Fair Health. For the annually released paper, data was collected from the company's records of 28 billion commercial insurance claims, which showed that telehealth utilization grew nearly twice as fast in urban areas vs. rural over that span.

Nationally, urgent-care centers increased their use of telehealth by at least 14%, followed by retail clinics at 7% and ambulatory surgery centers at 6%. Emergency department utilization of telehealth declined, though, by 2%. However, utilization in this setting was still the most used.

Also on the upswing was utilization by private insurance claims for telehealth services, increasing more than 1,200% from 2012 to 2017. Likewise, the use of telehealth is outpacing all other sites of care, the report says.

In 2017, most people used telehealth for injuries like bruises and open wounds, acute respiratory infections and digestive problems. Mental health, which topped the telehealth utilization list in 2016, was fifth in 2017 at 7% of claims, compared with 13% for the aforementioned uses. Per the report, pediatric visits and young adults were well-served, but the age 31 to 60 demographic continued to use it the most.

"Telehealth has become a rather prominent source of service for mental health conditions," said Fair Health president Robin Gelburd, adding that telehealth is breaking down the barriers to mental healthcare related to stigma and access. "Telehealth is almost like a living laboratory as the policies and regulations get developed."

Per the report, "Telehealth usage has continued to rise as more states and regions implement laws facilitating it."

Telehealth use in rural areas increased from 2012 to 2017 by 482%; the urban increase was 1,289%. In the single year from 2016 to 2017, rural growth was 29% and urban growth 55%, compared to the overall national growth of 53%. In 2016, the states with the greatest number of claims lines with telehealth usage were Massachusetts, California, Texas, South Dakota and Minnesota.

Most people used retail clinics in 2017 for respiratory infections, which aligned with 2016. Those were followed by exposure to communicable diseases, general symptoms, ear infections, examinations and urinary tract infections. For urgent care centers, utilization grew 1,434% from 2008 to 2017, more than seven times that of EDs.

Women use telehealth more than men in every age group except children aged birth to 10. The average differential across all age groups was 56% female to 44% male, which was slightly less than the typical 60%/40% female/male distribution seen in all medical claim lines.

This year’s edition of the report shows that national utilization of alternative places of service continued to grow from 2016 to 2017, but at different paces.