Tapping into community resources to save lives 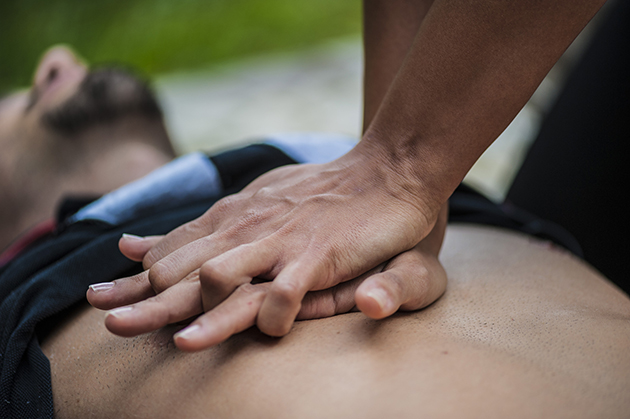 During any emergency, time is everything. Whether it be a sudden cardiac arrest, mass casualty incident or individual trauma, getting prompt attention from skilled personnel is key for survival.

However, that skilled personnel may be minutes away, and that could mean the difference between survival and death. Two new groups are looking to tap into their communities to close that time gap in the hopes of saving more lives.

According to the American Heart Association (AHA), more than 350,000 out-of-hospital sudden cardiac arrests occur annually. Although the emergency response systems have improved over the years, there is still a lag from the time of arrest to CPR if no bystander intervenes.

The AHA estimates that 90 percent of out-of-hospital sudden cardiac arrest patients will die. With immediate CPR, their chance of survival can double or triple. However, the problem still remains of getting high-quality CPR to a patient in a timely manner to increase survivability.

The creators of the PulsePoint app aimed to close that gap by bringing trained CPR providers to bystanders. Often, trained CPR providers would be willing and able to respond but may not be aware of a need in their immediate area. With the use of the PulsePoint app, first responders and trained healthcare providers, who may be hiding in plain sight, can be notified of a need in their immediate area and save a life.

Essentially, the app is integrated into the local public safety agencies and alerts volunteer subscribers via the app of a need for CPR in their immediate area. When a call comes into the local public safety/EMS system, notifications are made simultaneously to anyone in the area who is CPR trained and has indicated their willingness and ability to assist during a sudden cardiac arrest emergency.

According to PulsePoint, the notifications are only made if the victim is in a public place and only to potential rescue volunteers in the immediate vicinity, primarily within walking distance.

The PulsePoint app also lists nearby automated external defibrillators. The PulsePoint AED registry is one of the worlds largest and fastest growing debrillator database in the world. Again, in the hopes of assisting willing bystanders in saving a life.

As with sudden cardiac arrest, time is of the essence when it comes to mass casualty events. However, with a major sudden catastrophic event, getting appropriate resources to survivors in a timely manner becomes complicated.

After the Sandy Hook Shootings in 2013, members of the American College of Surgeons convened to discuss better options in saving patients during mass-casualty shootings. Their recommendations, called the Hartford Consensus, launched a call to action "for cities to develop an integrated response system, customized to the needs of their community, focused on the importance of initial actions to control hemorrhage as a core requirement of the emergency response."

They concluded that the leading cause of preventable death in these incidents was uncontrolled bleeding or hemorrhage. In October 2015, the White House launched the Stop the Bleed initiative. The intent was to "cultivate grassroots efforts that encourage bystanders to become trained, equipped and empowered to help in a bleeding emergency before professional help arrives."

It was recognized that the key to improving survival after a mass casualty event was to expand the pool of first responders to the bystanders and nearby witnesses. Similar to the call to action to train the public in CPR, this initiative focuses on training the public in proper bleeding control techniques, including how to use their hands, dressings and tourniquets. Just as AEDs have become staples in many public areas, bleeding control kits are quickly becoming their partners in saving lives.

"They can be placed in schools, houses of worship, public venues arenas, any place where a tragedy can occur," said Luis Llerena, M.D., medical director of the USF Health Center for Advanced Medical Learning and Simulation (CAMLS). "Unfortunately, tragedies do happen, and I think it's good for us to prepare and be ready in case they do."

The first National Stop the Bleed Day was held March 31, in which it hoped to raise awareness for the need of training local citizens in simple life saving techniques. They estimated more than 886 bleeding courses were held leading up to the day, with more than 3,460 instructors to date.

Click here to find a Stop the Bleed class in your area.