Survey: Telemedicine use on the rise 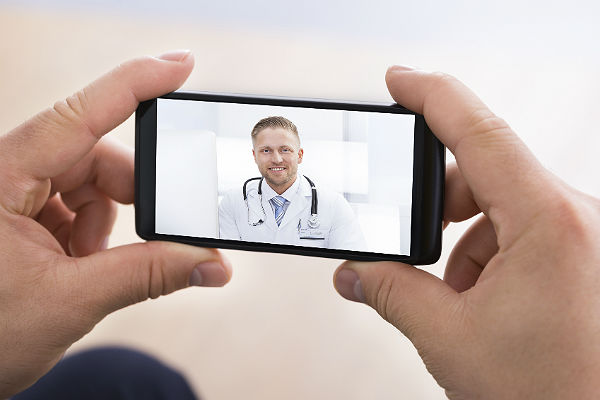 The latest telehealth report — one of many in a recent string — suggests the market is finally maturing. "Telehealth Index: 2015 Physician Survey" found strong support exists for video-based telemedicine, more so than for telephone or email communications. The survey by American Well and QuantiaMD spoke with more than 2,000 primary care doctors.

The report comes at a time when telehealth providers like American Well are making a strong push to qualify the video-based doctor's visit as comparable to a trip to the doctor's office, clinic or emergency room. In doing so, they're looking to expand the definition of a "face-to-face" visit to include video.

Thus, almost 60 percent of doctors are willing to meet with their patients via video, and just as many would refer their patients to a hospital that offered telemedicine consults with specialists.

According to the survey, 57 percent of the physicians favor video visits, while 31 percent said they aren't sure and 12 percent rejected them outright. This is evident of the multiple headlines in the past year or so that suggests the telehealth movement has caught on, and payers are even coming on board.

"There's a sea change going on within the physician community," Roy Schoenberg, M.D., CEO of American Well, said in a statement. "Doctors see value in virtual visits for their patients and also in managing their own work-life balance. We've seen weekly physician inquiries about practicing online triple in less than six months."

According to the survey, physicians said they feel video visits will improve their workflow and boost income, more so than it will add new patients or keep the ones they have. Almost 80 percent cited "flexible work-life schedule" as their primary reason for wanting video visits, while 67 percent picked "earn more income" and 66 percent chose "improve patient outcome." Attracting new patients scored 41 percent and retaining existing patients took 37 percent of the vote.

Physicians also said they saw a value for telemedicine in specialty care consults. They listed dermatology, psychiatry, infectious disease, pain management, neurology and cardiology as the top specialty consults for which they'd use video visits.

When measured against other forms of telemedicine, almost 70 percent of physicians said video visits offer the most accurate diagnosis; 25 percent selected phone consults, while 5 percent chose email and 1 percent selected text messaging. Almost half of the physicians surveyed who favor video visits said they'd move at least a quarter of their follow-up phone and email communications with patient to video — a boon to video.