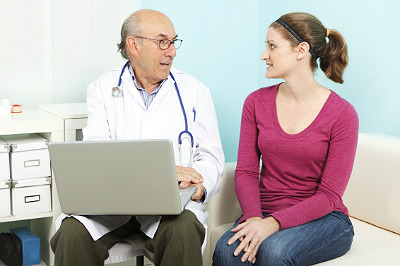 In the true age of patient engagement — a topic much talked about the last two years, but one now seemingly having gained real traction — providers continue to admit that they are having trouble with meeting the mandates established for them by meaningful use stage 2 requirements.

The challenges they face with engaging patients, of course, means they also run the risk of pushing away patients if they fail to meet consumers on their terms. This is a fairly standard industry sentiment and one of the primary takeaways from a recent nationwide survey of more than 400 adults, conducted by TechnologyAdvice.

According to the survey, more than 60 percent of respondents said that the availability of digital services plays an important role when choosing a physician, but more than one-third (37.4 percent) of the people surveyed said their physicians had not offered them one of the six services included in the study:

Almost 70 percent of survey-takers said they value physician follow-up after an appointment as long as it's not related to a payment, but only 30 percent indicated that this is occurring.

Despite the healthcare industry's attempted focus on patient engagement and the desire by many for it to make a move to the consumer, most practices have not yet fully adopted digital services. According to the survey, U.S. patients value digital services and take them into account when choosing a healthcare provider.

The nationwide survey questioned 406 U.S. patients who had recently had an appointment with their primary care physician (or had an appointment scheduled). Interestingly, despite only 18.2 percent of all patients wanting digital access to educational materials or additional health resources, this was the second most-commonly available service (29.3).

"Primary care physicians are reporting some of the highest rates of EHR adoption to comply with government regulations and to receive incentives from meaningful use, but a significantly lower number of patients claim to have access to these patient portal services," TechnologyAdvice managing editor and study author Cameron Graham said in a statement.

According to EHR Intelligence, of all the digital services mentioned, online test results or diagnosis was the most popular:

According to Graham, both providers and patients could share responsibility for a lack of patient engagement.

"The issue here may not be implementation of digital services, but instead a lack of patient awareness," he said. "If physicians are offering these in-demand digital services, a more proactive approach to promoting them is needed and could create an advantage in attracting and retaining patients."

Unsurprisingly, respondent age had a role to play in determining which types of digital services were a high priority or highly valued. Whereas 13.5 percent of respondents over 65 wanted to be able to schedule appointments online, more than three times that number of respondents aged 25 through 34 (41.2 percent) reported wanting that ability.

Even younger respondents — between 18 and 24 years old — said smartphone apps were of more importance to them than their peers, with nearly half (48.4 percent) of this population wishing their physicians offered an app so they could connect.