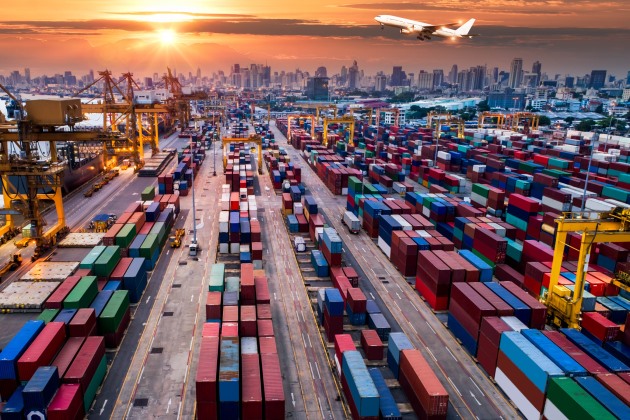 In this new article, we will review the most important tool to be negotiated and included in contracts: adjustment clauses.

This tool is by far the most important one to be considered during the negotiation process from both suppliers' and buyers' points of view.

From the supplier point of view, it is because the adjustment method settled will determine the evolution of the price and its consequent impact in the profits of the business.

From the other side, the buyer side, it is critical to determine and negotiate the correct adjustment clauses, because the price determined by the adjustment will impact the cost and the profits of the company.

Commonly, the adjustment clauses include an adjustment formula as a tool for the price adjustment. The formulas may vary from a simple calculation following an inflation index to very complex formulas considering the combination of several indexes and prices.

Obviously, the more complex the formula, the more accurate the results will be. The level of complexity of the formula is a matter of cost-benefit analysis. Sometimes the cost of the adjustment process is more expensive than the benefit of the results.

Basically, the formula monitors the evolution of variables during the contract, and the impact in price as the variables moves up or down. The contract must set clearly the baseline date to start measuring the variability.

The adjustment formula is related to the composition of the cost of the service or good, and for each part of the cost it is necessary to set a measurable variable. Let’s see some examples in goods or services and different levels of complexity, based on Argentinean cases:

So, based on those variables, an example of a formula could be as follows:

And finally, to get the Adjusted Price:

P0 = Baseline price of the contract

Not everything is about the formula

Some other important definitions that must be negotiated in the contract are:

It is critical to define the start point of the adjustment. This is one of the most important things to be negotiated. All of the price adjustment process will be based on and compared to this baseline.

The coefficient explained previously must be calculated every determined period of time. Here again, the interests of both parties negotiating the contract are opposites. Suppliers must tend to request monthly adjustments and Buyers will try to negotiate yearly or semi-annual adjustments. It is all about negotiations.

Remember, the longer the period of time between revisions the higher the price the supplier will try to negotiate to cover the uncertainty during that time.

Adjustment clauses can also include a revision of the whole formula and conditions every certain period of time. This is common in long-term contracts.

In fluctuating economies, the conditions can vary a lot during the contract term. In accordance with this, both parties can agree on this revision and avoid a fixed contract clause that turns a contract into a non-profitable one for one part.

This is an important tool used when the uncertainty is too big. The trigger clause applies whenever a variable suffers an unpredictable variance not considered when the formula and the adjustment clause was settled.

For example, an adjustment formula will be reviewed every six months, unless the variance of the total adjustment coefficient exceeds a fixed percentage (i.e., 5 percent). In that case, the formula will be calculated in that month independently of the month that the trigger acted. The adjustment will not wait until the revision month defined in the contract.

Focus on the price or the adjustment?

Here is a brief example to answer that question. If a company negotiates a fair market price, with nothing negotiated below that pushes the supplier under the reasonable prices, but they agreed to an adjustment formula every six months, the evolution is shown below: 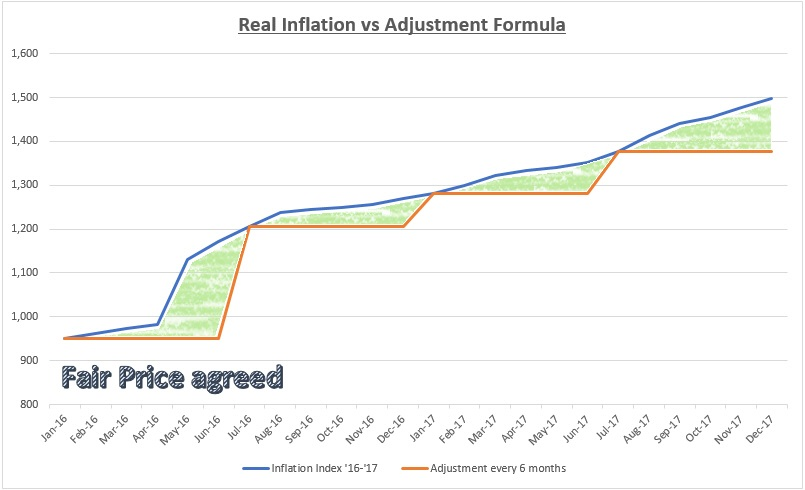 The green-shaded area represents the difference between price evolution and inflation evolution.

This can be translated in two ways: A saving for the buyer or a loss for the supplier.

In inflationary contexts, the evolution of the price is more important than the price agreed for a certain product or service.

Pablo Scaffidi is a passionate supply chain professional with more than 15 years of SCM experience in the oil and gas industry. Prior to that, he worked as supply chain consultant in several companies. He has a full service-oriented profile helping and supporting colleagues in all SCM-related topics. Pablo graduated from National Technological University in Argentina as an industrial engineer and has a master's degree in oil and gas. He is currently studying for an SCM MicroMasters degree at MIT.