Study: One-third of the world’s population is overweight 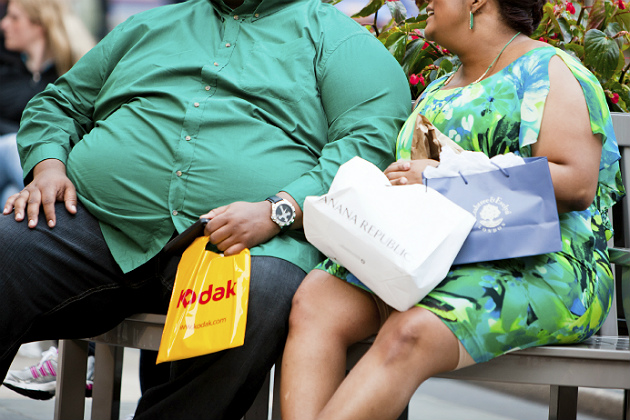 Since 1980, the number of obese people has doubled worldwide and is continuing to rise, according to new research. The study, published Monday in the New England Journal of Medicine, stated that about one-third of the global population is overweight and 1 in 10 people are obese.

"Excess body weight is one of the most challenging public health problems of our time, affecting nearly 1 in every 3 people," lead author Dr. Ashkan Afshin said.

Afshin and his fellow researchers analyzed data from 68.5 million people from 195 countries and found 107 million children and 603 million adults with obesity in 2015. The United States has the greatest percentage of obese children at 13 percent, and Egypt had the greatest number of obese adults at 35 percent.

Though the causes of obesity weren't strictly discussed in the study, Afshin said, "The change in physical activity preceded the global increase in obesity. We have more processed food, more energy-dense food, more intense marketing of food products, and these products are more available and more accessible."

Dr. Tim Lobstein discussed during the 2017 European Congress of Endocrinology meeting that "overconsumption is made easy by environmental cues, including the price, availability, attractiveness, marketing and advertising of processed food, and with respect to activity there are multiple inducements to sedentary behavior."

In 2014, 4 million deaths worldwide were attributed to being overweight. According to the Centers for Disease Control and Prevention (CDC), obesity is the cause of many health conditions including:

All health conditions are considered for both children and adults. In fact, childhood obesity is considered to be the most common prevalent nutritional disorder of U.S. children — one that's most often seen by pediatricians. Because of the prevalence, the Endocrine Society recently released an updated Clinical Practice Guideline Program to help the prevention and treatment of childhood obesity, alongside lifestyle changes.

"There is no single or simple solution to the obesity epidemic. It's a complex problem and there has to be a multifaceted approach," the CDC states.

That said, there have been improvement in treatments for helping individuals survive longer with weight-related health conditions.

"But we cannot have all people on drugs," Afshin said. "Ideally, we want to go to the root causes and address the problem of overeating."

This recent study only brings more credence to the World Obesity Federation's recent position statement, published in May: Obesity is a chronic, relapsing and progressive disease process, and that there is a need for immediate action to prevent and control the global obesity epidemic.