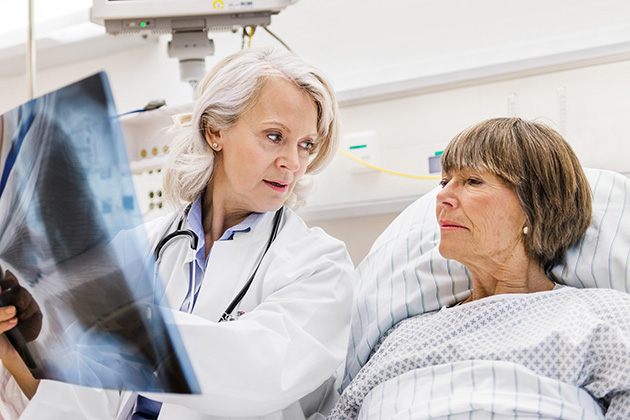 It seems like a scene from the movie "Office Space" or some ‘80s flick in which the teacher tunes out the more verbose of the taped-glasses student. This is a fanciful and, perhaps, overly simplified version of the truth, but a new study published in the Journal of General Internal Medicine finds that doctors only spend 11 seconds on average listening to patients before interrupting them.

If true (and there’s no reason to believe it’s not), this revelation is shocking.

Scientists from the United States and Mexico studied clinical encounters between patients and physicians to test shared decision-making tools.

"Our results suggest that we are far from achieving patient-centered care," Naykky Singh Ospina, an author on the study, said in a release. The silver lining here is that the scientists said they only analyzed 112 recorded meetings between doctors and patients at general practices in Minnesota and Wisconsin, including at the Mayo Clinic and its affiliated clinics.

From the analysis, the researchers were quick to discover that the doctors only spent the 11 seconds listening to a patient describe their reasons for visiting — and then the fingers in the ears. The doctors, apparently, wanted to get straight to the point.

The team counted how long it took a doctor to interrupt if the doctor first said something like, "What can I do for you today?" or "Tell me what brings you in today."

Unfortunately, the study appeared to show that nearly 70 percent (67 percent) of patients were interrupted after responding and only 36 percent of doctors even ask questions that invited patients to direct the focus of the conversation.

Specialists were no better. They allowed even less time than primary care doctors for their patients to speak. The researchers said that this might be because specialists are often briefed on the reason for the visit beforehand.

Reasons why these doctors haven’t allowed patients to speak might include a lack of communication training, time constraints or burnout, researchers say.

The scientists hope that future studies might reveal if allowing a patient to speak longer would positively affect the outcome of the visit, but the damage may be done by this study. Nevertheless, one might think doctors could give their patients at least 30 seconds based on the amount of time they’ve likely spent in the waiting room prior to their appointment.