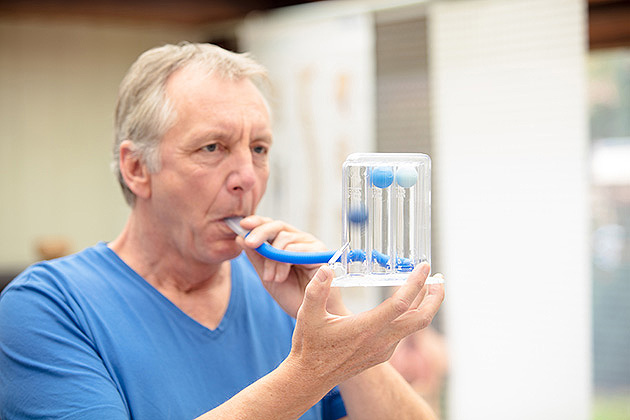 Much has been written about the opioid crisis across the United States. In fact, the FDA recently removed an opioid from the market because of its potential for abuse and addiction.

Doctors have gotten a bad rap for being too quick to write opioid prescriptions, and now a new study gives healthcare providers yet another reason to exercise extreme caution and discretion when writing a new prescription for an opioid.

The European Journal of Pharmacology recently reported that the use of opioids in patients with chronic obstructive pulmonary disease (COPD) can place the patient at a significantly higher risk of adverse cardiac events. The study, led by Nicholas Vozoris, M.D., from the Division of Respirology at St. Michael's Hospital in Toronto, used data from 2008 and 2013 from the records of those over the age of 66 suffering from nonpalliative COPD.

Researchers studied the COPD records of 134,408 community-dwelling individuals and 14,685 long-term care residents. They compared the number of adverse cardiac events between the control group and patients who had received opioids within the previous 30 days.

Vozoris and his colleagues concluded that newly initiated opioid use was associated with higher rates of ischemic heart disease-related events and deaths among those with COPD. The group concluded that it is critical to consider this when prescribing, although more research is needed.

COPD describes a category of progressive lung diseases that include emphysema, chronic bronchitis, refractory asthma and other forms of lung disease. The most common symptom is breathlessness. Causes can be smoking, environment, genetic or other disease.

COPD impacts over 6 percent of the population in the United States and nearly double that for those over the age of 65, according to the CDC. COPD is the third-leading cause of death worldwide and has a higher rate among males. Smoking is the major cause with up to 20 percent of smokers eventually getting COPD.

While opioids are often used in COPD for pain management, other benefits have been reported. A different study published this spring discusses the use of opioids for the management of refractory breathlessness in COPD. This type of breathlessness can persist with rest and even minimal exertion, despite all treatments, and can be distressing to patients and caregivers.

The treatment for the breathing problems can involve low doses of opioids and are often an off-label use of the drugs. This use has been reported to provide clinically relevant reductions in breathlessness. But again, caution is suggested as the risks are real. There is not enough evidence supporting the use of opioids used in a nebulized form.

As with any disease and selection of treatment, caution must be exercised when considering opioids as a line of treatment. Vozoris had expressed concern regarding those with COPD.

"We know that opioids are prescribed frequently to these vulnerable patients," he said, "and I think we have to ask ourselves, 'How much are we helping and how much are we hurting with this therapeutic approach?'"