Have doctors gotten a bad rap in the fight against opioids? 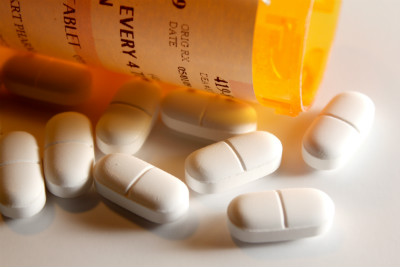 Opioid addiction has become a sickening problem in America.

The powerful pain relievers, available legally by prescription — such as oxycodone, hydrocodone, codeine, morphine, fentanyl and many others — are easy to become addicted to and even more difficult to break away from.

According to the National Institute on Drug Abuse, between 26.4 million and 36 million people abuse opioids worldwide. And a recent report by the Centers for Disease Control and Prevention (CDC) indicates that this number may be underestimated.

What's clear is that the number of unintentional overdose deaths from prescription pain relievers has soared in the United States, more than quadrupling since 1999.

The medical community has largely blamed doctors for overprescribing the drugs — even to people who legitimately need them — saying this has led to an uptick in opioid addiction and deaths. Dr. Pawan Grover, an interventional specialist for back pain in Houston, Texas, said many doctors have stopped writing opioid prescriptions as a result.

"There's been a change in the pendulum because we're aware of the opioids crisis," he said. "There are very few doctors that are willing to write these medications."

In some cases, doctors can face legal ramifications if a patient overdoses on a drug they prescribed, Grover said.

But doctors' bad rap may be somewhat unfair. Studies have shown that under the right supervision, most opioid prescriptions do not lead to addiction or heroin use.

One study found that less than 1 percent of patients who were well-screened for drug problems developed new addictions while taking opioids for pain. Additionally, the National Survey on Drug Use and Health found that 75 percent of all opioid misuse starts with people using a medication that wasn't prescribed for them — whether from a friend, family member or dealer.

Now that it's becoming more difficult to obtain opioids legally, it's contributing to another problem: the illegal heroin market. Simply put, people who are addicted to the drugs will find a way to get them, even if it means going to the streets.

Grover says this has led to a rise in a new, more potent heroin that’s mixed with fentanyl (a synthetic morphine) and comes in powder form.

"What started off as an opioid prescribing problem is a full-blown heroin problem with the issue of fentanyl," he said.

Fewer opioid prescriptions also means one other thing: Patents who legitimately need the medications for pain may not be able to get them.

"We're not helping people by underprescribing," Grover said. "For elderly patients, pain medicine is helpful. We're pulling back the pendulum again to where we're not taking care of pain issues."

Grover suggests that doctors who prefer to stay away from opioids as the first line of treatment find alternative ways to manage patients' pain. In his own practice, he analyzes the root cause of back pain using diagnostic mapping, often treating the pain with minimally invasive tools and physical therapy.

Still, some patients may legitimately need the drugs.

A new paper from the National Bureau of Economic Research suggest that doctors can help substantially alleviate the problem by just looking up patient prescription histories. This can also help them see which patients may be "doctor shopping" — going from provider to provider to obtain the same prescription.

Doctors should also ensure patients taking opioids are not selling them on the streets, mixing them with alcohol or overdosing, Grover said.

"We have to separate out the people who have abuse addiction issues from patients with legitimate pain issues," he said.