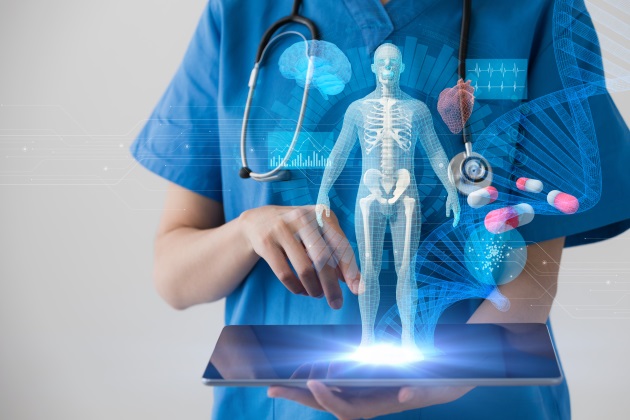 When it comes to getting more good news into the electronic health record (EHR) case file, the following story is not among them if the source and the research are to be believed. The following might also fall at the feet of providers, who may be at the heart of this hairy tale.

Per the findings of a recent study published in the December issue of the peer-reviewed journal Quality of Life Research, primary care physicians "do not routinely put patient-reported symptoms regarding sleep, pain, anxiety, depression and low energy or fatigue into electronic health record systems."

According to this study, in the current world of always-on EHRs and the push for providers to capture their patient’s complete health record, these “smaller” conditions are getting left aside.

Perhaps providers are not the sole problem. Researchers tell us what many in healthcare already know: Most EHR systems are not designed to include patient-reported symptoms.

According to Regenstrief Institute investigator Kurt Kroenke, MD, senior author of the study, “the healthcare system spends a lot of money on lab and imaging test results, which we put into the patient’s EMR — shouldn’t we be valuing patient-reported symptoms enough to put them into that same record?

“We, healthcare systems and the doctors who work in these systems, haven’t figured out how to deal efficiently with symptoms,” he said recently in follow up comments supporting the study. “Some doctors want to know about symptoms, but others don’t see how they can work discussion and follow-up on symptoms into an already busy primary care visit.”

Even if the patient-reported information were placed into the electronic health record and were actually recognized by caregivers, the problem wouldn’t solve itself.

Providers are not putting this information into the electronic health record, he says, because not only is it not equipped to be placed within the technology but it’s not actionable data. Busy, overworked physicians are not able to put the information in context in regard to the patient visit.

“It takes a bit of time to talk about these things that are important,” the researcher said. “We can’t just put symptoms in the electronic records and give it to the doctors without telling them how to incorporate extra time into the visit to deal with it.”

Simple enough. But is this simply an argument of chicken and egg or cart and horse? If the technology were better equipped to make the information actionable then caregivers would likely do just that with it — make it worthwhile and valuable.

Likewise, if overworked and busy caregivers were more interested in the data and making it actionable, might then vendors allow for greater weight of the information supplied by patients? At this point, who knows, the researchers suggest.

Despite this new study, lack of patient-included information is not actually a new thing. A 2015 study published in JAMA found the following: Owing to lack of standardization for eliciting patient symptoms, the limited time available during clinical encounters, and the often-competing priorities of patients and providers, providers may not appreciate the full spectrum of the patient’s symptom experience.

Using electronically collected patient-reported outcomes to capture the review of system outside of the clinic visit may not only improve the efficiency, completeness and accuracy of data collection for the review of system, but also provide the opportunity to operationalize incorporating the patient’s voice into the electronic health record.

While the necessary technology is already available, multiple stakeholders, including electronic health record vendors, clinicians, researchers, and professional societies, need to align their interests before this can become a widespread reality.

Thus, while the “patient engagement” conversation continues to take place in every corner of healthcare, might these studies show what is fundamentally flawed with “patient engagement” as a whole — the fact that the patient is often little included in their own experience?