Study: Americans are concerned about plastic pollution, but not as much as other countries 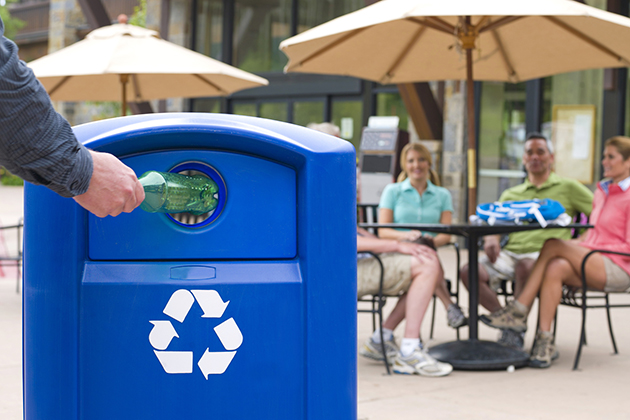 The U.S. is one of the biggest creators of plastic waste, and consumers are taking more notice than ever. Concerns over plastic pollution and how to combat it with eco-friendly alternatives are also peaking.

A new study by Piplsay dove into perceptions of the issue, providing a broad brush of Americans’ thoughts on plastic pollution.

Piplsay surveyed 31,149 Americans to understand their perception of plastics, waste and plastic recycling — an apt audience since the U.S. produces about 35 million tons of plastic waste each year. Of all that trash, less than 10% is recycled. America also is seen as lagging behind in intent and action regarding recycling.

According to the study, about 40% of Americans think plastic bottles and containers contribute the most to pollution. Plastics bags, they think, come in second. About 70% say they have reduced their plastic usage. About 15% of Americans say they are considering reducing their plastics.

About 42% of Americans segregate their plastic waste in their homes. The amount who divide their trash regularly is vastly different in other similar countries. More than 70% in Canada and the U.K. do so, compared to just 27% in the U.S.

The U.S. Environmental Protection Agency (EPA) says the country generated 268 million tons of solid municipal waste in 2017, 13.2% of which was plastic. While only about 26% of this was incinerated and recycled, most — 75% — ended up in landﬁlls.

While close to 40% of Americans think that change should start at an individual level, brand responsibility is something that can no longer be ignored. Nearly 45% of Americans want to associate themselves with eco-friendly brands, and brands are seeing this trend and attempting to project themselves as environmentally conscious.

That said, only 45% of consumers actively patronize eco-friendly businesses, even if it means paying more most of the time, and about 40% of consumers will not consciously seek them out. For the remaining 20% of people, eco-friendly initiatives by brands do not matter.

The U.S. produces about 234 pounds of plastic waste per person per year, only about 8.4% of which is recycled. Gen Z is most concerned about plastic pollution compared to the other age groups, yet they lag behind in terms of limiting their plastic usage. About three in 10 Americans also think that brands are responsible for eliminating plastic waste.

Most Americans will pay up to $2 extra for plastic alternatives; however, the willingness to pay extra decreases with increasing age.

Only 28% of Americans prefer recyclable plastics. A vast majority prefer biodegradable plastics because they decompose faster, but Americans are not just blindly following trends. Forty percent have a solid understanding of plastic alternatives and their challenges.

Still, about three in 10 Americans believe that plastic can be recycled indefinitely. In reality, most plastics can only be recycled a few times. Similarly, 55% of people think that America recycles a significant portion of its plastic waste.

When asked if they have reduced the use of plastic in their day-to-day lives, 67% of Americans said that they had done so. People in Canada and the U.K. are more proactive, with more than 80% reducing their plastic usage.

By 2050, plastics could account for 20% of oil consumption and 15% of the carbon dioxide budget, according to the U.N. General Assembly.