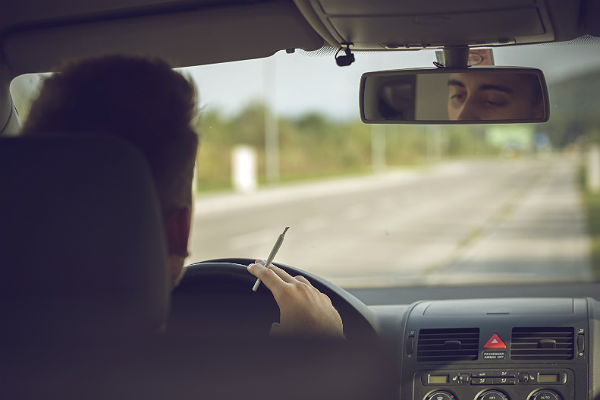 Marilyn Huestis, Ph.D., recently spoke at the Marijuana and Cannabinoids: A Neuroscience Research Summit, which was held in Bethesda, Maryland, and sponsored by the National Institutes of Health (NIH).

Huestis is an internationally renowned expert on human drug testing — in particular the biologic measures in blood, urine and saliva. Her presentation during the conference highlighted research related to marijuana and driving, including evolving concerns related to impairment with consumption of marijuana.

Of note during the lecture was the increased rate of drivers testing positive for delta-9-tetrahydrocannabinol (THC), the main psychoactive ingredient in marijuana. The National Roadside Survey reported a rate of 12.6 percent in 2013-2014 where drivers on weekend nights tested positive for THC. This was a significant increase from the year 2007 when the rate was 8.6 percent.

Huestis also discussed data from an Australian study of more than 3,000 fatally injured drivers. The study reported that drivers with THC in their blood had an increased likelihood of being at fault for the crash than drivers who had no drugs or alcohol in their system. The likelihood of fault increased with the amount of THC also increased.

A study from the state of Washington looked at the rate of both active THC and its metabolite carboxy-THC (the form that stays in the system but is theoretically no longer causes psychoactive impairment) in drivers for a period before the legalization of recreational marijuana and for the year following.

In 2009-2012, the average yearly percentage of cases of drivers suspected of being impaired testing positive for THC in its psychoactive form was 19.1 percent and carboxy-THC was 27.9 percent. For the year 2013, the percentages had significantly increased to 24.9 percent for THC and 40 percent for carboxy-THC.

The blood levels related to marijuana that are allowed for driving vary from state to state. Washington is one of only five states that have set a limit for marijuana, and that limit is 5 ng/mL. Other states that have set a limit are Montana (5 ng), Ohio (2 ng), Nevada (2 ng) and Pennsylvania (1 ng). Nine states have zero tolerance for either THC or its metabolites, and three states have zero tolerance for THC.

The research study in Washington found that 56 percent of those cases involving marijuana were tested to be at or above the 5 ng/mL. The rate of alcohol and other drugs in the study population did not change over the five-year span, but the rate of marijuana did increase in frequency even when adjusted for changes in procedures.

Huestis discussed the meta-analysis studies within the literature. In a 2012 meta-analysis study, Mark Asbridge, Ph.D., from Dalhousie University, Halifax, Nova Scotia, Canada, and colleagues concluded that acute cannabis use is associated with an increased risk of crash and in particular where a fatality is involved. A group led by Mu-Chen Li, from Columbia University College of Physicians and Surgeons, New York, also found an increased rate of crash with the use of cannabis.

Huestis closed her presentation by concluding that much work remains to be done before we can fully understand the impact of increased use of marijuana has on our roads. She acknowledged that we are making progress with biologic measures in blood, urine and saliva related to marijuana, but there is also a clear need for functional tests of impairment.