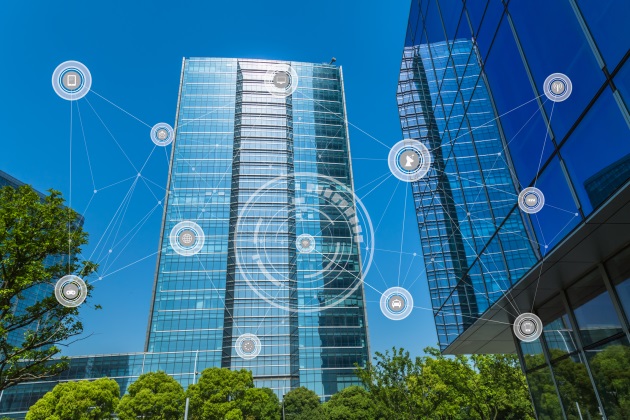 A Philadelphia-based startup, Kognition, has launched what it has dubbed as the "world’s first open network and open economy for smart property" to create a real-time stream of opportunities to generate revenue, reduce risk, optimize performance and drive ROI. The blockchain-based effort is called Koin.

Koin is designed to facilitate a "synergistic" relationship between smart property owners, traders, builders and vendors to optimize value for each party. Likewise, Kognition-backed Koin is meant to allow for the creation of a decentralized, autonomous smart property and can be built, managed and traded effortlessly and securely in an open economy built specifically for smart property, per a statement from the company.

Kognition CEO Matias Klein announced the effort in early November 2018 at the Dreamit x Bisnow Innovation Summit in Tampa, Florida, which this reporter attended. Klein said he hopes Koin will help Kognition decentralize and bring the secure benefits of blockchain to the property market, and he said he has "high aspirations" for the opportunities Koin presents.

"We believe this is a new way of doing business," Klein said at the Tampa event. "This is a tidal wave. It’s coming, and it’s going to be huge."

Let’s try to offer some perspective on the claims. Per Kognition, the platform is designed as a blockchain system to allow users to create, control and exchange smart property. Users can buy Koin tokens that can be exchanged for smart property, software, hardware and services. With an open governance system, the platform will be controlled by its users with each token offering one vote, the company says.

One benefit of controlling property ownership in this way, Klein said, is the security offered by the blockchain, allowing ownership data to live on an unalterable ledger with no central authority and allows for "interoperability," so the property can integrate with other systems.

Currently, Koin is being offered in private presale with tokens going to the public in April 2019.

"Property is transforming from analog to digital," Klein said. "It’s moving from physical to virtual. We believe that autonomous smart property is the future. We think it’s going to transform industries across the board."

In regard to the Koin token offering specifically, a total of 1 billion tokens will be minted. Of those, 25 percent will be reserved for Kognition. Kognition will lock up 90 percent of its tokens, which will be released on a 10-year vesting schedule.

Ten percent of the tokens will be donated to the Safer Smarter World Foundation (SSWF) charity to provide K-12 schools in need with free, AI-powered smart security systems. SSWF will lock up 90 percent of its tokens, which will be released on a five-year vesting schedule.

Koin will be available to run on and integrate with existing cloud platforms and services from vendors like Amazon, Microsoft and Google. Koin will support widely used programming languages like C++, Java and Javascript. Koin will be built through an open, community process and will target supporting scalability and performance metrics that are on par with, or better than, the most advanced blockchains available.

The concept of smart contracts was introduced by Nick Szabo, a legal scholar, and cryptographer in 1994. He came to a conclusion that any decentralized ledger can be used as self-executable contracts which, later on, were termed as "smart contracts."

These digital contracts could be converted into codes and allowed to be run on a blockchain. Though the idea of smart contracts came into existence long back, the current world works on paper-based contracts. Even if digital contracts are used, the involvement of a trusted third-party from the system cannot be eliminated.

Koin token holders will also create and vote on the Koin road map, and the road map will always reflect the needs and priorities of the majority of Koin token holders. One Koin token entitles the owner of the token to one vote in all matters of Koin governance.

"It is theorized that in the not too distant future, this new category of smart property could very well become one of the largest asset classes in the world," Kognition says in a white paper that announces Koin.