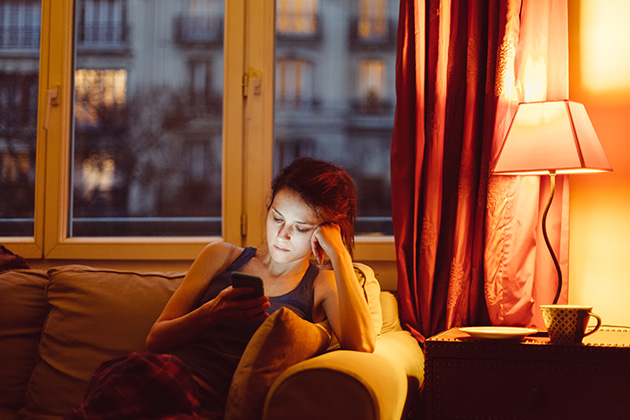 Social and mobile health tools are making a significant impact on consumer health and wellness. They have played an important role in efforts to break care processes free from the confines of hospital and clinic walls and to activate consumers. Their engaging features support consumers in self-management activities, helping them to understand and act upon relevant information for better health.

One successful example is Sober Grid, a free app found in Apple and Android App stores that recently began predicting when someone is going to relapse with drug or alcohol use. The app has the largest user base in the mobile peer support recovery community — ensuring the data is in a large enough quantity to produce valid results.

The company began in 2015, with the idea that in-person support groups don't appeal to everyone, and for those who experience access barriers. Sober Grid overcomes these barriers to social support with a global virtual community of people going through the drug and alcohol recovery process.

Users can choose to remain anonymous within the community. However, the app also uses geosocial networking to facilitate members finding other sober people wherever they are located. This is especially useful for finding sober friends in the local community — or while traveling, in an airport or moving to a new city.

The platform leverages evidence-based contingency management to reward users who reach sobriety milestones. But it also aids those in the community with a burning desire, using and facilitating inbound supportive interventions. If in need, a user can select the "Burning Desire" button and to alert other members that they need help. This feature provides a "giving back" opportunity for those who want to connect with and help others who may be having a difficult time.

Sober Grid, Inc. is backed by the National Science Foundation (NSF) and National Institutes of Health (NIH), in partnership with UPenn Perelman School of Medicine. They are currently pursuing two NIH and NSF projects, aimed at delivering effective interventions to people who have been predicted as potential relapsers.

The savings that this could create for society by saving lives and reducing the trillion-dollar cost of addiction is massive. Private payers and government insurers could see billions of dollars in savings.

The app's massive data set and the existing and new algorithms show promising outcomes to combat today's addiction crisis. According to Chris Pesce, chief operating officer, it builds in predictive analytics and machine learning of usage and language data to create relevant interventions — such as resetting the sobriety clock or facilitating video check-ins.

While the platform offers the 115,000 registered members a private and secure community, they also support those who believe taking ownership is more important than the stigma of addiction. The app lets members share their sobriety milestones to their family and friends on other social sites — often the people whose support they need the most.