Should older doctors be required to use technology? 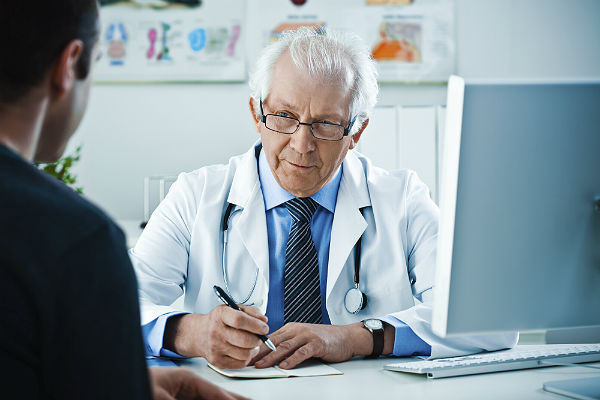 Dr. Anna Konopka, an 84-year-old doctor from rural New London, New Hampshire, is facing a heartbreaking situation in a changed world. Konopka voluntarily surrendered her medical license in October after the state medical board threatened to suspend it. The reason: She's a throwback to a bygone era.

StatNews reports that Konopka "works alone in a cottage next door to her house, with no receptionist, no practice administrator, no nurses, no N.P.s, no P.A.s, no hospital affiliations. She has a computer in her kitchen, but she doesn’t use it much. She keeps her files in a cabinet in her office, page upon handwritten page of careful, old-world lettering. She does not take insurance, instead charging patients $50 cash for each office visit."

After several weeks out of practice, Konopka, who said she could practice another 10 years, found out that she won't be getting back into practice yet. A judge denied her request to reinstate her medical license. Judge John Kissinger in Merrimack County Superior Court ruled that Konopka failed to show she was forced to give up her medical license as she alleged.

Konopka wanted an injunction so she could reopen her practice. At a hearing earlier this month, she argued she agreed to the medical board's terms under duress and that her patients are now struggling to find new doctors. Konopka has motioned for the judge to reconsider his decision, and 30 of her patients have written to Kissinger hoping to convince him to change his ruling.

Konopka thinks the issue at hand is more about her age and her approach to practice. She doesn't mind herbal remedies, and she doesn't think patients should take medicine needlessly. Her plight has sparked conversations about how best to ensure that older doctors are providing the most up-to-date care.

Fierce Healthcare notes that Konopka, who has practiced for 55 years, said she felt pressured her to surrender her license because of her record-keeping, prescribing practices and medical decision-making.

"She said that challenge came in part because she doesn't use computers and, therefore, couldn't comply with the use of the state's prescription drug monitoring program," the site noted.

Doctors themselves are split on the issue. Is this an issue of safety for patients or ageism?

"This is one of the big questions in the field of medical education: What should we be requiring of older doctors in terms of demonstrating the maintenance of the skill required to practice medicine?" Dr. Anupam Jena, a health economist at Harvard and a physician at Massachusetts General Hospital, told StatNews.

Having grown up in Communist Poland during World War II, Konopka was blacklisted for not agreeing to become a member of the Community Party, and she was unable to go to medical school for several years. Eventually she gained entrance, though, after Joseph Stalin died and the country's political stance switched. She immigrated to the U.S. and was forced to retake exams and work through the medical system here.

For now she must continue to wait to see if she can ever practice medicine again. Konopka may be lacking in technology, but she still has a desire to provide care.