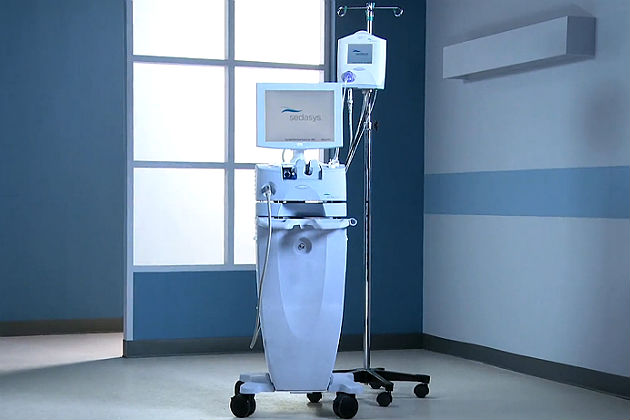 A new automated anesthesia delivery machine is challenging the way we look at anesthesia delivery. The Sedasys Computer-Assisted Personalized Sedation System administers a propofol infusion to patients undergoing colonoscopy and espophagogastroduodenoscopy (EGD) procedures without the direct oversight of an anesthesia provider.

The use of propofol for such procedures has been gaining momentum and has become a frequently preferred medication. The effects are quick, and the time for the medication to wear off is also quick, making it highly desired in procedure areas.

However, many states have continued to restrict the administration of propofol, allowing only anesthesiologists to deliver the medication when the patient is not intubated due to the significant risk of oversedation. The Sedasys machine aims to assist this problem.

The Sedasys System is an open-loop system in that the providers have input in the amount of medication the patient will receive. However, the patient will stop receiving medication if certain indicators are identified, such as a decrease in alertness or drop in oxygen saturation or respiratory rate. 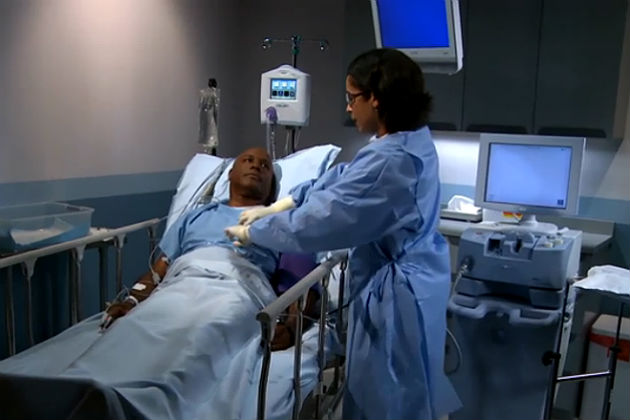 The patient is provided with a handheld device that is squeezed at requested intervals to determine alertness and the vital signs are monitored continuously. (Image: Sedasys)

The patient is provided with a handheld device that is squeezed at requested intervals to determine alertness and the vital signs are monitored continuously. Interestingly, the machine must have oxygen attached and will increase the amount delivered if there is a drop in oxygen saturation. A nurse is also at the bedside to assist, as well as the physician performing the exam.

The Johnson and Johnson Corporation initiated development of the Sedasys System in 2000. Its initial FDA approval was rejected in 2010 with vocal concerns from anesthesia societies. It was approved that same year for use in Canada and Europe.

Although it did finally receive FDA approval in 2013 — with the caveat that an anesthesia provider be available when in use — the company has been cautious in its marketing attempts in the U.S. Currently, four hospitals are using the Sedasys System with reported good success and patient satisfaction.

With the unprecedented approval of the Sedasys System, the idea of "robotic anesthesia" continues to challenge our imaginations and allows our wishes for futuristic medicine to be a reality. Although it is unlikely any machine will "take over" the role of the anesthesiologist or any other healthcare provider, it certainly can be used to augment our practice and create a safer environment for our patients.

Arthur Atchabahian and Thomas Hemmerling, in their article "Robotic Anesthesia: How is it going to change our practice?", eloquently discuss how we cannot resist new technologies, but instead find ways to best benefit our patients by taking ownership of the technologies, instead of fearing them.

The use of robotic technology in healthcare is not new. The da Vinci Surgical System paved the way in 2000 for laparoscopic surgical assistance. It continues to be a leader, especially in the areas of urological and gynecological procedures.

Currently, there are multiple other trials of robotic technologies on the horizon. The iControl-RP anesthesia machine is enrolling patients to test a closed-loop anesthesia machine. It will automatically deliver anesthesia based on the feedback of an EEG. There is even an robotic intubation system in development. Again, if we can imagine a concept, it is just a matter of time before technology will eventually catch up.

Of course, whenever there is a discussion of a machine taking over a human role, concern follows. Considering the significant lack of healthcare providers looming in the near future due to the aging baby boomer population, other solutions need to be considered.

It is highly unlikely that the development of any type of robotic anesthesia delivery device is going to have a significant impact on the employment opportunities for anesthesiologist. Instead, it is likely able to free them up for the more complex cases for which they are well trained and needed as we enter this new era of technology.