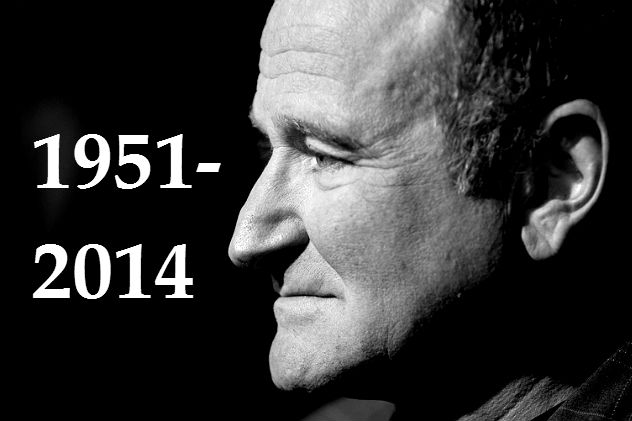 The shock of Robin Williams' death that hit fans Monday was more than anyone could imagine. The actor was loved by many, and his fans will continue to cry, laugh and sing with him.

Williams' suicide has put a notice out in the world for mental illness. Battling his severe depression throughout his life, Williams had abused drugs and alcohol causing him to attend a rehabilitation center more than once.

We cannot fathom what was going on in Williams' personal life, nor will we likely ever know. But the actor's now-public struggles have society thinking about the difficulties based upon mental health. According to the National Institute of Health, "people who try to commit suicide are often trying to get away from a situation that seems impossible to deal with."

The World Health Organization shares that every year more than 800,000 people die from suicide — this roughly corresponds to one death every 40 seconds. Within this number, each day there are an average of over 5,400 attempts by young people in grades 7-12. By 2030, the amount of disability and life lost as a result of depression will be greater than cancer, stroke and war.

With many people wondering why such a funny man would do this, we have to be aware of all the incidences that happen involving suicide and mental health. It begins not only with the knowledge of mental health, but also helping the ones we love with the disorder.

The Georgetown University Training Institutes recently held a conference in National Harbor, Maryland, focusing on mental illnesses. In one session, the conference focused on creating better lifestyles and independent living for youths with mental illnesses.

Researchers discussed how to create a better future for youths with mental illnesses. It shows that "many youth with diagnosed mental needs experience poor transition outcomes and are among this country's least understood and most vulnerable youth."

Lindsay Woolsey and Judith Katz Leavey state in a recent study that "no one government agency, state entity, local organization, program or project, or individual can do this hard work alone. Families, programs and government entities must all work together … if there is any hope of improving the outcomes of youth with mental health needs."

Now, this doesn't just reflect on youths; it's for adults as well. For decades, mental healthcare has been relegated to the sidelines — viewed as a separate issue, offered in separate facilities, often not covered by health insurance.

Individuals with mental illnesses need services that are affordable to them, including healthcare. Currently about 40 percent of mental health services are paid for out-of-pocket, according to a report by the Health Care Cost Institute.

Williams' talent was rare, but his mental health problems weren't. Hopefully, this recent issue — as tragic and saddening as it is — will bring mental illness to the forefront of our thoughts.

Williams made so many lives brighter with his humor, but simply couldn't make himself happy. His struggles within his life show just how life-altering and devastating mental illness can be.