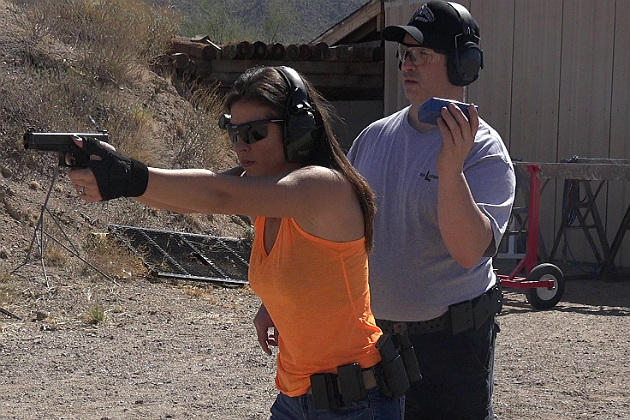 In 2012, I graduated from the El Paso Police Department Academy after what seemed like the longest eight months of my life. I'll never forget the feeling of pride I had when my mother as an honorary graduation guest pinned my newly earned badge over my heart.

I hit the streets the same day with a whopping one week of shooting instruction under my belt and the expectation to patrol one of the most dangerous border regions in the world. Prior to the academy, my shooting experience was limited to Duck Hunt on Super Nintendo. And, like many other officers, my continued shooting practice began to dwindle as graveyard shifts and court cases began to take their toll.

My husband and fellow law enforcement officer Josh Fry convinced me that my shooting skills were imperative for my job, my family and those I had sworn to protect. Competition shooting was such a big part of his life, and it was so applicable to my career that I let him talk me into going to my first shooting competition — a USPSA event at the local army base of Fort Bliss, Texas.

I was intimidated, nervous and excited when we began shooting stages with different scenarios. I was also immediately hooked. I truly felt it was going to be a great way to not only train to be better for my job but also to spend time and train with my husband.

Unfortunately, it would end up being my first and last competition as a police officer.

While on patrol early on into my career, I was dispatched to a domestic violence call around 4 a.m. When I arrived, I approached a man sitting outside of a home covered in blood and obviously under the influence of narcotics. After a short pursuit into a ravine, I was involved in a solo officer fight with the subject, which ended in me subduing and arresting him as well as permanently disabling my left hand. 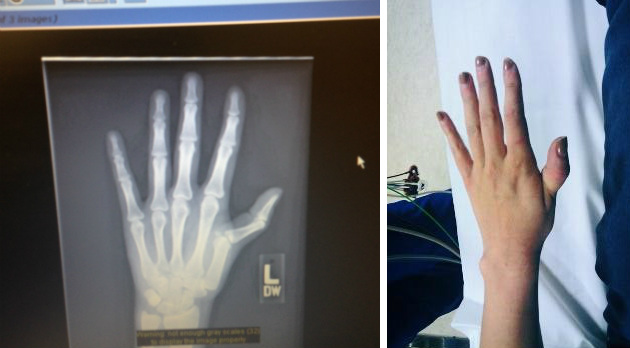 An X-ray and picture of Amanda Fry's thumb injury the night of the fight.


What started out as a simple thumb dislocation led to multiple surgeries, a permanent joint contracture and my medical retirement at the ripe old age of 27. Along with the constant pain in my hand came depression, aggravation and any excuse to not attempt to shoot again. It would be two years before I picked up a weapon again. 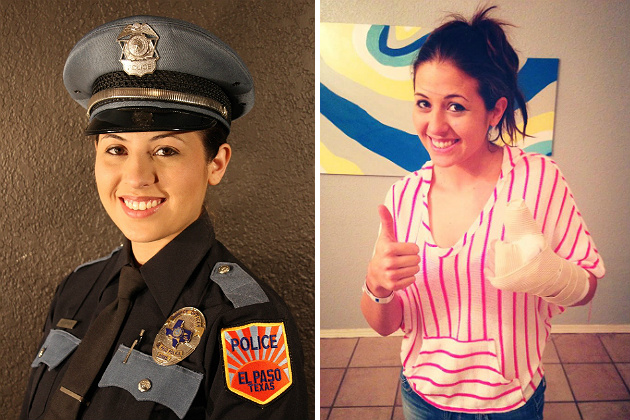 Amanda Fry in her El Paso PD uniform (left) and coming home from the hospital wrapped up with no idea this was the last night of her law enforcement career.


I watched every weekend as my husband would leave for his shooting competitions, and every weekend he would ask if I wanted to join him with the expected, "no, thank you" to follow shortly after.

After my injury, he was accepted onto the Homeland Security Shooting Team, which made shooting an even bigger part of his life. He would return with awards and prizes, and I would hear accolades from his co-workers about his shooting skills during qualifications.

This only made my resentment toward shooting continue. 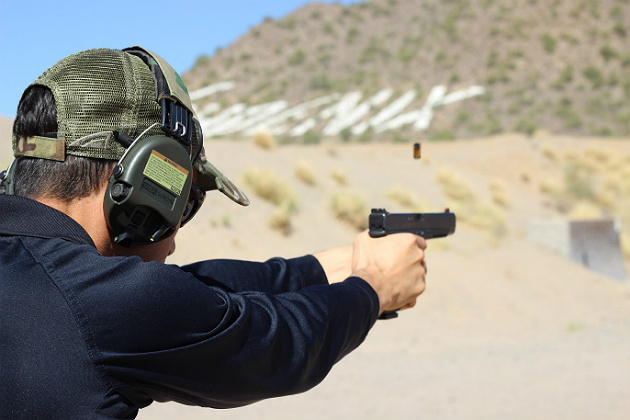 
After we moved to a suburb of Phoenix — one of the most elite shooting competition locations in the country — his pleas for me to join him became more frequent. Finally, Josh said something to me that changed my view on life: "If you are not armed and ready to fight by my side and something goes bad, you just become a liability to me instead of an ally."

For anyone else, his words may seem harsh, but to someone who has worn the badge, it is only the truth. I had sworn to protect once; now because I had suffered an injury, I was going to have to be protected.

It was heartbreaking to know that while Josh and I had once trained to fight together, I would now have to leave his side when the bullets started flying. That was something I was not going to accept. 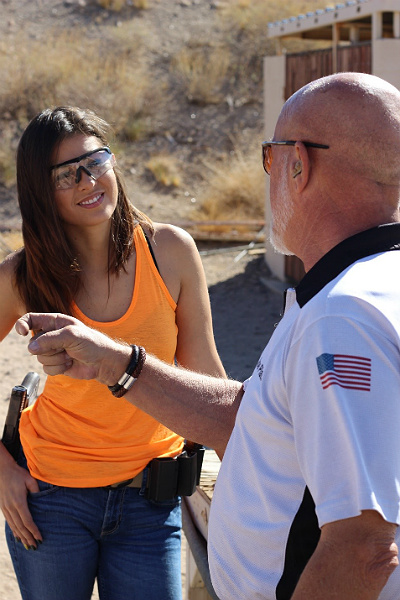 The next weekend, we loaded up all of our gear and went out to Steel Challenge at Rio Salado Sportsman's Club. I was scared of being judged, slowing down the stages and basically not being able to shoot. But those feelings seemed laughable after I arrived.

The first man who ran me through the course was patient and kind. He coached me as I took my shots, each of the first three hitting the dirt mound behind my 25-yard steel target. He calmly told me how to correct, how to adjust, and he exhaled the mantra, "breathe."

Ping! I felt myself smile instantly. My fears were gone in an instant, and my passion for shooting had been reignited in the blink of an eye.

Throughout my first competition, I met some amazing people who were more than happy to help. Everyone at the competition was eager to show me ways I could modify my gun by adding a slide racker, different belt configurations for magazine changes and different ways to adjust my grip.

Among these people was legendary shooter Rob Leatham, who generously took the time to understand my injury and help with possible solutions. My 15-second courses seemed meaningless while I watched him shoot the same course in 3.5 seconds as a warmup. He emphasized that I should focus on consistently hitting those targets and speed would come.

Who am I to argue with Rob Leatham? 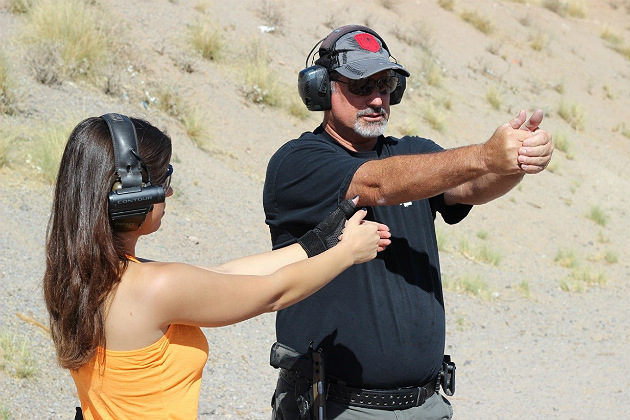 Thanks to competitive shooting, I literally changed my entire life's disposition in one shot. Sometimes the scars we carry inside run deeper than anything you can see externally.

I still have a long way to go to get back what I lost, but I know that with the support of the competitive shooting community, I am on the fast track to success.