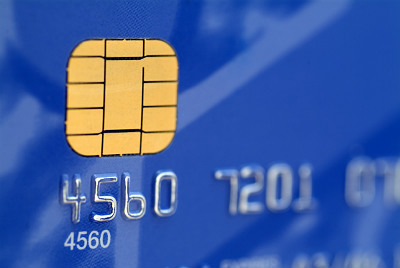 According to Verizon's 2013 Data Breach Investigation Report, 24 percent of data breaches happened in the retail industry. Although the percentage is relatively low, credit card giants Visa and MasterCard are pushing a major change in credit cards as we know it.

Starting in October 2015, credit cards will make the switch from magnetic stripes to pin and chip technology also known as EMV. Instead of a machine reading a magnetic strip on a credit card, it will now read a tiny microchip within.

"The EMV standard that we are moving toward isn't limited to chip and PIN cards, it also includes things like contactless payments, where you can tap the card against the reader, all with the same level of security," says Carolyn Balfany of MasterCard in a recent Wall Street Journal article.

The change comes after several major data breaches have occurred in retail stores. In 2013, Neiman Marcus and White Lodging hotels, who manage several independent hotels under such brands as Marriott, Sheraton and Westin were a victim to these data breaches. The biggest breach came during Black Friday of 2013 when 70 million people had their credit card information stolen during a breach at Target.

"I know that is it frustrating for our guests to learn that this information was taken, and we are truly sorry they are having to endure this," said Target CEO Gregg Steinhafel in a press release in response to the data breach.

Even though the switch is on its way, credit cards will still be available during this time. Right now, there's no law saying retailers have to abide by this switch, but there's a hope that retailers will be able to incorporate the changes by October 2015. However, gas stations and ATMs will have until October 2017 to adapt to EMV. With that said, merchants will be liable for any fraudulent transactions a customer experiences it with EMV.

"Fraud is rising too quickly not to make progress," said Mallory Duncan, general counsel for the National Retail Federation in a Fox News article.

With the U.K., Canada and Japan all already experiencing this change, the U.S. is the last major country to adapt to EMV. According to EMVCo. "40 percent of total cards and 70 percent of total terminals deployed outside the U.S. are based on the EMV standard."

Changing to the EMV system has benefited other countries, and the U.S. hopes to benefit as well. Since adopting the EMV system, U.K. fraud fell 28 percent in 2008 and continued to drop 17 percent between 2009 and 2010.

With the recent breaches, retailers across the country are stressing for the change to prevent major breaches like Target from happening again.

"The National Retail Federation and our 12,000 members are committed to combating this criminal threat to our industry and our customers, and we strongly recommend the adoption of meaningful steps to fight cyber theft and credit card fraud," said NRF President and CEO Matthew Shay in a letter to Speaker of the House John Boehner (R-Ohio) and Senate Majority Leader Harry Reid (D-Nev.).

Congress is also looking into the recent breaches as well. In a recent hearing, Senate Judiciary Committee Chairman Patrick Leahy (D-Vt.) asked leaders from Target and Neiman Marcus to find better solutions to prevent this happening to consumers again.

"I think we're all united in the same thing," Leahy said. "We all want to stop these attacks, and we're always going to have these attacks."