Reloading your own ammunition: Pressing the bullet 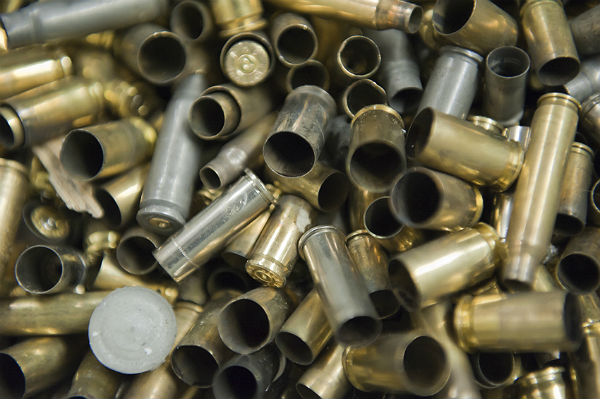 This is the final part of a series on reloading ammunition: Reload your own | Getting started | Polishing the brass | Depriming | Dropping gunpowder | Pressing the bullet

In our previous article, we used the die for dropping the powder, which also belled the case slightly to create an appropriate size to hand-fit the bullet to the case. When adjusting the bell of the case, you only want this diameter to be large enough. Overstretching the case can reduce the number of times a cartridge can be reused.

Withdraw the case from the die and note how far the bullet protrudes from the case. It is probably sticking out too far. Slowly run the case back into the seating die and gently seat the bullet a little deeper. Repeat this step until the bullet is seated to the correct overall length as specified by your reloading manual.

Adjust the seating die for the overall length, then refine this with the depth the bullet will seat in the case. For checking operations, a caliper is a valuable tool to measure the overall cartridge length.

This series of articles has addressed straight-sided handgun cartridges. I do not crimp the bullet when reloading as this also reduces the number of times a case can be reused.

Reloading is not rocket science. However, it is vital to follow common-sense safety rules and stay focused.