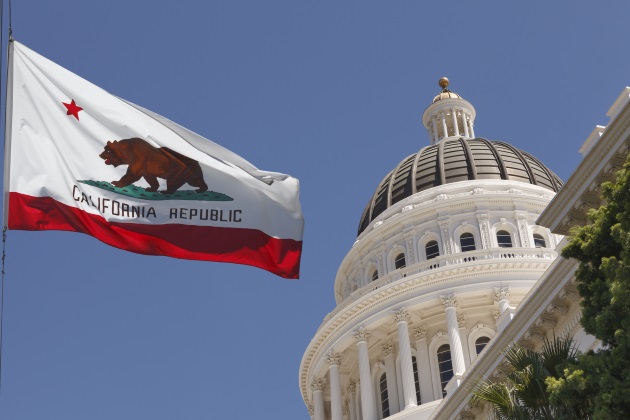 California is the most populous state in the U.S. and the world’s fifth biggest economy. If enacted, the proposed California Circular Economy and Plastic Pollution Reduction Act could be a game-changer in reducing plastic production and promoting a clean recycling economy.

"The legislation will establish a comprehensive framework to address the pollution and waste crisis, and sets a statewide goal that manufacturers reduce the waste generated by single-use packaging and products by 75% after 2030," according to a statement from state Sen. Ben Allen, D-Santa Monica.

His bill, SB 54, passed in the Senate on May 30 and is now in the California Assembly. The impact of such a law if the governor signs it would be big on business supply chains, affecting manufacturers, recyclers and retailers.

A companion bill, AB 1080, that state Assemblywoman Lorena Gonzalez, D-San Diego, introduced passed the Assembly on May 30 and is before the California Senate now. The measure also promotes incentives for in-state manufacturing with recycled materials. Why?

In part, a factor is China. In 2017, the nation opted to stop accepting U.S. and other nations’ waste.

Against the backdrop of the California Circular Economy and Plastic Pollution Reduction Act, precedent exists for state-level environmental legislation. For instance, the state of New York recently approved an economywide climate bill, which observers expect Gov. Andrew Cuomo to ink.

California’s effort to tackle plastic pollution could be a game-changer, since it has a bigger economy and population than New York.

"In the United States, efforts to reduce plastic waste have so far been piecemeal — bans on specific items, like plastic bags, and only in certain municipalities," according to reporter Tara Lohan. "But California could help the country take a massive leap forward."

A business group is on board with taking that leap ahead.

Thomas P. Oppel is the executive vice president of the American Sustainable Business Council (ASBC). "At ASBC, we recognize that AB 1080 and SB 54 are currently the most ambitious plastic pollution reduction policies in the world," he told MultiBriefs in an email.

The time for such public policy measures is now, according to him.

"We can no longer afford to wait on these issues," Oppel said. "At ASBC, we also see California’s action as the first step in an effort to adopt sustainable packaging policies in other states, and ultimately nationally."

Scott DeFife is vice president of government affairs for the Plastics Industry Association. "PLASTICS shares the goals of increasing recovery of plastics and increasing recycling, as well as advancing circular economy principles," he told MultiBriefs in an email.

"We’re concerned about the lack of program detail built into the bill — and without an equal commitment to increasing the recycling infrastructure within California, the goals may not be achievable, which could lead to some unintended consequences for consumers if many forms of recyclable packaging that they currently use are erroneously deemed to not be recyclable."

"We continue to push for policies that are proven to reduce litter and increase diversion rates without creating negative side effects that could affect consumers and the state’s plastics industry."

With a $3 trillion economy and about 40 million residents, California’s bid to reduce plastic pollution could be a game-changer in many ways.