Power plants are no longer the biggest polluter in the US 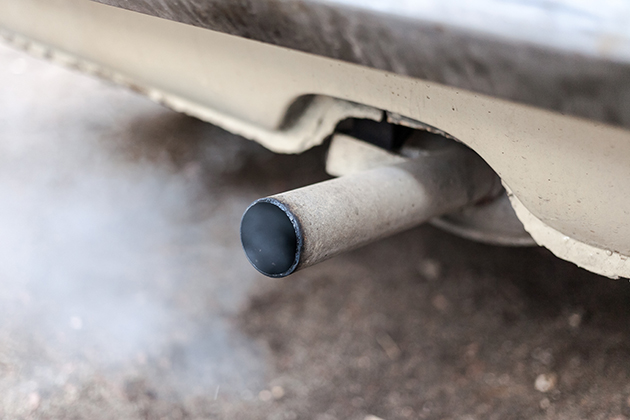 There's a new king of pollution in the U.S., and data suggests we might all be to blame. For the first time in 40 years, power plants have been usurped as the biggest source of U.S. greenhouse gas pollution. What's on top now? The transportation sector: cars, trucks, planes, trains and boats.

Reports by the U.S. Energy Information Administration suggest that transportation emissions have not been necessarily increasing, but, per Bloomberg reporting, the change has happened because America's electric grid has undergone a cleanup.

Since 2000, the U.S. has experienced the flattest stretch of transportation-related pollution on record. Carbon dioxide emissions from transportation exceeded those from electricity production in 2016 for the first time since 1978. The pollution gap has continued to widen further in 2017, Bloomberg says.

Another interesting point is that electricity usage hasn't declined either in the last 10 years — it's just coming from "cleaner" sources. A reduction in the use of coal, a move brought on by the Obama administration, also is a precipitator of the change.

Coal is the "dirtiest" fuel, and its use has declined by more than a third in the last decade, while natural gas has jumped more than 60 percent. "Wind and solar power are also increasingly sucking the greenhouse gases out of U.S. electricity production," Bloomberg reports.

Even though vehicle emissions are getting tighter, Americans still like their vehicles, especially SUVs, crossovers and trucks.

But what about the jump in electric car sales?

"Investments in electric cars may soon begin to do to the transportation sector what wind and solar have done to the power sector: turn the pollution curve upside down. The price of battery packs has been plummeting by about 8 percent a year," according to Bloomberg New Energy Finance, and "electric cars are now projected to become cheaper, more reliable and more convenient than their gasoline-powered equivalents around the world by the mid-2020s."

But electric vehicles may not be the savior solution since electricity is powered by power plants, therefore, potentially leading to another rise in pollution from that sector. Electric cars draw power from the grid. While clean-burning on their own, the plants required to fuel them are not.