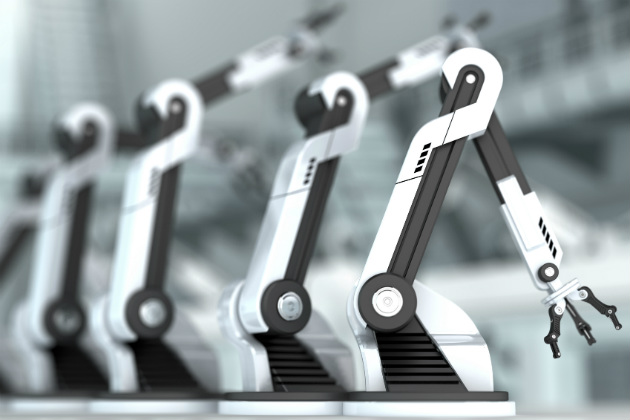 Note: This is the first of a three-part series covering plastics manufacturing automation (1) trends, (2) material/process advances and (3) applications.

The business dynamics of plastics manufacturing automation technologies are rapidly advancing. Trends in labor and energy are having a fundamental impact on plastics processors businesses. To effectively compete internationally and defend/expand established markets, high-wage processors must automate production to increase the productivity and economic efficiency of their operations and keep wages in a competitive range.

Even without high production volumes, automation can make for extremely cost-effective production. But automation is much more than simply adopting the use of robots. Instead of a 35-hour workweek, processors have to be prepared to increase processing time to 168 hours per week in fully automated production operations. Small- to medium-sized companies also need to join forces to form cooperatives and centers of excellence, which calls for a willingness to work together.

Considering the complexity and diversity of today's products, maintaining huge inventories is not a viable option. As Just-in-Time deliveries become the industry standard, having local operations offers significant advantages. Some areas are less prone to having production shipped overseas. One area is medical, with its demands for precision and high quality. Large parts are another area less likely to move overseas, due to logistics. Making large parts offshore does not translate economically because of shipping expenses, a greater rate of product damage, longer supply lines and lead times, and more recurring packaging costs, since returnable packaging is impractical.

To start with, unlike older robotics, automation systems today are multifunctional, reprogrammable materials-handling devices, adaptable to a range of applications. Of robots used in automation, the gantry-style generation of robots increases production speeds but has limited flexibility and is generally dedicated to only one machine/work cell for its entire life. In contrast, newer robots with six-axis capability are user-friendly, price-competitive and versatile. They can rotate 360 degrees and perform additional post-molding operations, such as vision and gauging inspection, multicomponent assembly, trimming and cutting, packing and shipping.

Automation is more than an effective defense to overseas competition. It also provides an advantageous ROI, typically paying back in less than a year. To take full advantage of automation, companies need to have multiyear automation plans and track results to ensure effectiveness. Rather than cut jobs as they automate, some processors are creating more secure jobs, retaining full-time employee head counts by growing business and training personnel. Automation and training personnel both eliminate lower-paid, manual-labor positions and provide for better upward movement, bringing employees greater job satisfaction as well as making workplaces less physically strenuous and safer.

Next, energy management will save money and make a business more competitive. To reduce energy usage it is necessary to understand where, when, why and how much energy is being used. The main electrical energy users are motors and drives, heaters, cooling systems and lighting. A simple site energy distribution map will show where energy is being used. The use of submeters can help provide information on the areas of high energy use, which is a key factor in reducing energy costs. Energy use in plastics processing is a combination of the specific energy consumption (SEC) used to process each kilogram of finished product times production volume, and the base load, which is incurred regardless of whether production is taking place or not-it. Reduction in SEC involves improving production efficiency, and reduction of the base load mainly involves switching something off such as idling machines, heaters running with no production, and so on.

Businesses operating injection molding equipment can reduce operating costs and save energy using Powerboss, Somar's latest motor control technology. Motors are extremely inefficient and use far more energy than they actually need, causing businesses to waste money on power, and puts added stress on machinery as the excess energy is released as heat, vibration and noise.

The Powerboss system assesses the needs of an AC induction motor every 1/100th of a second and dynamically adjusts the power required using microcontroller technology to deliver to the motor the exact power required. Cyclic loads such as injection molding machines are prefect applications. Powerboss is able to generate 15 to 30 percent power savings. Machines using Powerboss are also quieter, cooler and generate less vibration. In addition to injection molding machines such as Sandretto, Arburg, Demag and Toshiba, Powerboss can also be used with auxiliary equipment, like granulators and conveyors.

Continuing, the wireless factory is one area in manufacturing offering considerable future growth potential. The system uses a wireless local area network (WLAN) within a plant together with portable devices, like notebook computers cellphones, and PDAs, to provide real-time operational data.

Enabled by equipment advances and standardization of wireless specifications, the concept goes beyond standalone applications like automatic guided vehicles to extend throughout a plant and replaces wired devices, like computers, sensors and telephones. Using handheld devices to transmit, store and access real-time data on materials management, maintenance, shipping and so on significantly accelerates the rate at which personnel can identify and correct problems or plan for upcoming requirements.


Initially, the wireless factory was adopted for large manufacturing plants, such as those of BMW, Boeing, and chipmaker Intel, but as the benefits of wireless become evident, it is being adopted for more manufacturing facilities, even for smaller plants. Coming on strong among plastics processors, it is only a matter of time before they also adopt the wireless factory for its benefits in productivity, economy and competitiveness.

One development expected to accelerate the growth of the wireless factory is the push of RFID devices into the mainstream. One benefit of the wireless factory it gets people off the carpet and onto the concrete, bringing personnel out of their offices and into the factory. When fully in place, wireless technology is said to dramatically improve a company’s operational efficiency and profitability.

In wireless networks, compact “gateway” receivers process signals from a company’s e-mail and factory application servers and transmit them to access points in the factory, also compact wireless devices that transmit data to or from the factory floor. Via the access points, personnel are able to receive or transmit data throughout the factory using handheld devices. Using industrial PDAs, for example, employees can download information from a variety of sources, including their offices, view it on LCD screens with computer-like quality, and transmit it through the factory.

Finally, meeting the specialized high-tech needs of specific OEM markets is a promising path for plastics processors of industrialized nations to better compete with the low labor cost regions in the global economy. The stringent demands and specialized requirements of the medical goods market is an excellent example. Well-known quality standards, rigorous documentation and extensive testing are accepted practices in this segment of the plastics processing marketplace.

Syringes, suture guns and other medical devices used in direct patient care applications demand tight tolerances and specific labeling to deliver a precise volume for example, as well as to comply with the processor’s legal obligations when producing such parts. An automated workcell can complete the various processing steps, including decorating or welding, within the 10 to 16-second cycle time parameters common in this industry segment.

The processor additionally can ensure that quality standards and the related, necessary documentation is met using an integrated automated vision system that can measure the accuracy of the part to within hundredths of a millimeter and document it, as well. Similarly, in the highly competitive world of automotive OEM suppliers where efficiencies are critical, workcell systems employing machine-side flexible plug-in automated modules, which heretofore would have required multiple separate part inventory and finishing steps, are seeing increasing use. This is especially true, for example, in under-the-hood or interior automotive parts production as well as for instrument clusters or shrouds, where the part is touched only once, while as many as four process steps have been completed during its manufacturing.

The packaging marketplace is also a focus of competition for the North American plastics processor, who must have a technological as well as geographical edge, to satisfactorily compete for what can be very lucrative business. OEMs in this sector are demanding unique features that will attract a jaded consumer’s eye. Often an attention-grabbing feature can be created using unusual packaging. This is where highly automated new plastic technologies to create bold shapes colors and/or graphics can provide a distinguishing advantage in the packaging market where the ability to form and decorate in one seamless operation can be the key to both technological and commercial success.