Patient engagement on the rise: Is this just a nice story to tell? 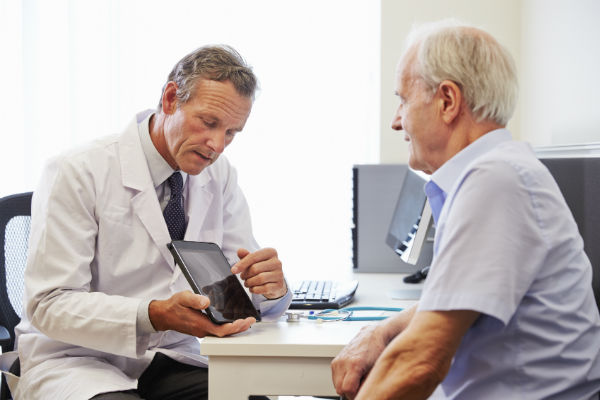 The study was released at this year's annual HIMSS conference, where the healthcare market showed a renewed focus on "patient engagement," a term coined as we move into the pay-for-performance era. The potential for engaged patients to reduce healthcare costs and improved outcomes for all the folks who need care abounds with hope, at least for those from the leading healthcare class.

To further examine this repackaged phenomenon, we are able to gain a bit of perspective from both providers and patients in CDW's study.

Those who receive care suggest they want more interaction from their care providers. In the past two years of this study, 70 percent say they are more engaged with their providers, who also are taking more time for their patients by adding patient portals, speaking to engage them more and accessing information more frequently.

Meanwhile, doctors say they are trying harder. More than 70 percent suggest that patient engagement is a top priority for their practice. Additionally, these same doctors are trying to make it easier for their patients access their health information, too.

Despite these provider efforts, there is a lot of room for improvement, CDW suggests. Less than 30 percent of patients — of the 200 interviewed — would give their doctors an "A" rating for their use of technology to engage them. Pretty low bar.

And providers are correct to make access to records a top priority because about 90 percent of patients would like to be able to access their records more easily. Those providers who do engage patients are seeing the greatest return on investment through patient portals, and nearly 100 percent of patients interviewed said they have experienced a personal benefit of using portals.

Patients say, according to CDW, the portals help them learn more about their care and save time. Those not accustomed to such tools, like the elderly, appear to be engaging with the technology more than in the past.

We like talking to our doctors through the technology, too, it seems. Mobile apps and texting technology seem pervasive, and patients seem pretty comfortable with the technology and are happy to use it.

CDW reports that telemedicine — the hot technology in healthcare the last two years — has not yet caught on. Only 30 percent say this format will help them engage their doctors, and less than 10 percent of doctors admit to being comfortable with this communication channel. The roadblocks here are security concerns and lack of familiarity with the technology.

While all of the information surrounding the "age of patient engagement" and the apparent rise in popularity of portal technology, this is not the first time healthcare has experienced a patient engagement rodeo. The facts listed above (except those covering telemedicine) are encouraging, and the reality is that with the amount of time and investment in portal technology since, say, around 2011, it appears the fruits of labor are many.

However, it may be a bit of a reach for the research here. The mouthpieces of HIMSS and others setting the tone in the industry suggest that patient engagement efforts are once again blazing with the fires of overwhelming excitement. With seven or eight years of constant push toward health websites (portals), the results here shouldn't really surprise.

However, they do provide a cloud-covered, rainbow-filled story for the market to tell as we move into the pay-for-performance healthcare market.